A Farmer-Led Future for Tea 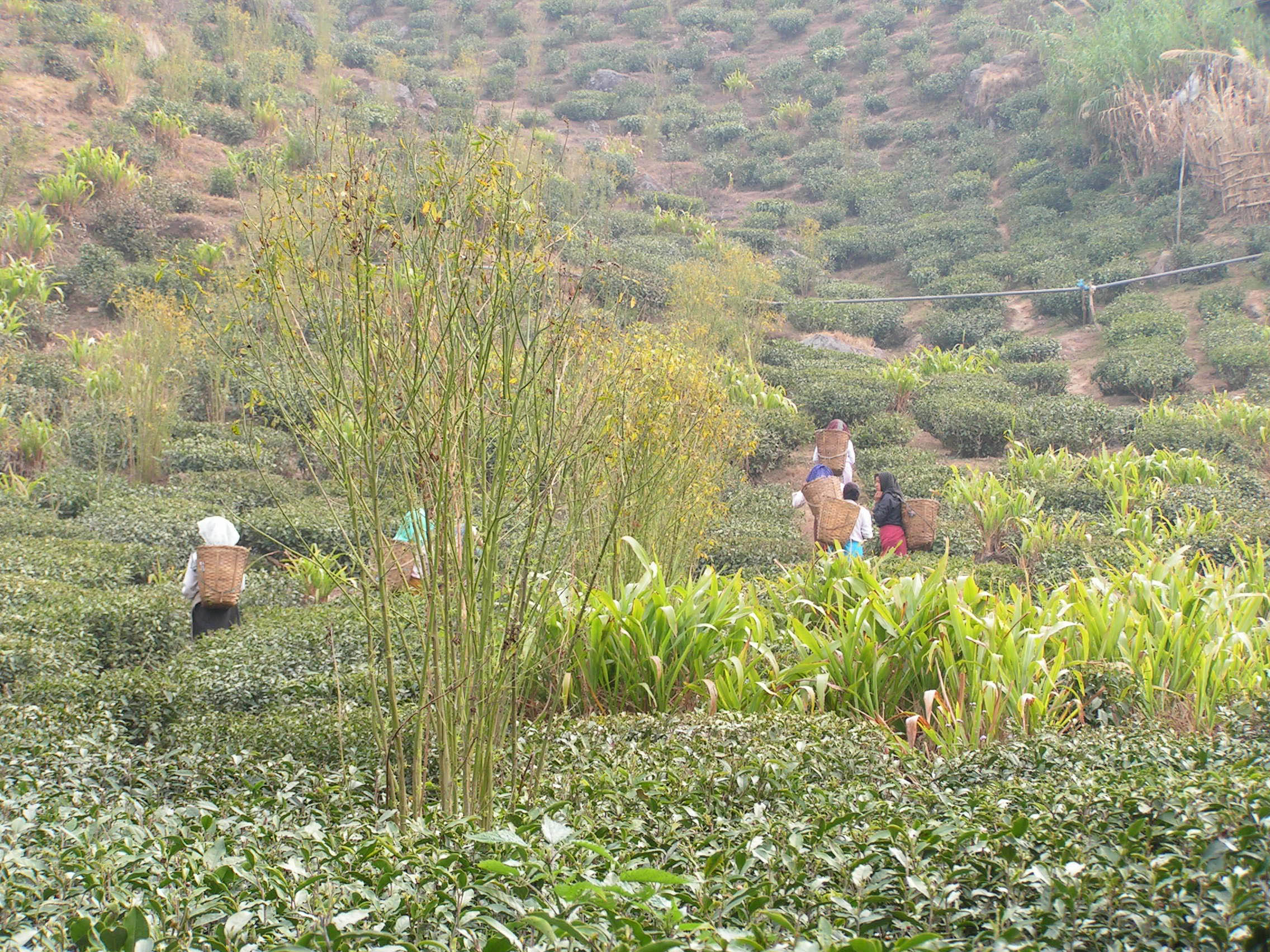 The Roots of the Tea Trade

Did you know that tea is the second most popular drink in the world—second only to water?

Here’s another question: do you know that, even today, it is likely that the tea products lining your grocery store’s shelves—even those sold as Fair Trade—were sourced from plantations established under colonialism?

Tea cultivation and consumption originated in China. Global trade for much of the 1700s and 1800s was defined by foreign companies trying to gain a foothold in the profitable tea market.

The top four tea producing countries today are China, India, Kenya, and Sri Lanka respectively—and it is no coincidence that after China, the top tea producing nations are all former British colonies.

After the British East India Company lost a long-standing trade monopoly with China, British colonists introduced tea production elsewhere, beginning in India in the mid-1800s. Kolkata was established as the imperial capital at the heart of the tea trade. This period is referred to as company rule because the region was quite literally ruled by the foreign company.

As with so many plantation systems throughout history, cheap labor was essential to the scheme. British planters recruited labor from the most vulnerable populations through indentured contracts. Families were central to the recruitment strategy as they were less likely to leave the plantation; after all, it was where they both worked and lived. Employing entire families in such remote circumstances created an oversupply of labor giving owners an incredible amount of power over workers.

About 70 years ago, shortly after independence, the Indian government enacted the Plantation Labor Act (PLA), providing a host of protections to plantation workers which continues to have varying degrees of impact on the ground. While the PLA has been a very important advancement for tea workers, the majority of whom are women, there is still no opportunity for workers to have real power or control over the land or their livelihoods.

Tea workers remain deeply dependent on the plantations for all of their basic human needs. When tea prices fall below the cost of production, it is far too common an occurrence that plantations will be abandoned by the owners, leaving the workers and their families in dire circumstances.

Cara Ross, a Sales Director at Equal Exchange, recalls hearing from tea farmers who experienced this at the Potong Tea Garden in Darjeeling, a prominent tea growing region in India. “Overnight, workers lost not only income, but housing, food, healthcare and education,” Ross says. “The Potong Tea Garden’s history stands out to me as a clear example of the injustices of the colonial plantation model, which at its core is built upon the indentured servitude and dependency of workers.”

Building an Alternative: Power to the Farmers

Equal Exchange is working to forge a different path for small farmers everywhere. As an alternative trade organization (ATO) we partner with small farmer organizations around the world to change existing power structures and build economic solidarity between farmers and consumers.

Most of Equal Exchange’s tea partners are small farmers: they own just a few hectares of land and cultivate a mix of tea and other commercial crops like spices for export, as well as crops for their own kitchen. Through their democratic organizations, farmers can pool their resources and their harvests to trade at a viable scale.

All of this is made possible by two mission-driven organizations; Tea Promoters of India (TPI) and Biofoods in Sri Lanka. TPI and Biofoods assist the farmers with processing and export logistics as well as organizational development – because they believe the future of tea must be led by farmers.

Our partners at the Potong Tea Garden represent yet another alternative. After the previous owners of the plantation abandoned the business when prices dropped too low, the workers from the garden organized together. Potong’s 343 members now collectively run the tea garden. Potong’s members are revitalizing the land, introducing native plants and regenerating the soil and local ecosystem while running the garden democratically.

With so much tea still cultivated on plantations, Potong shows us that another path is possible: one that puts power in the hands of farmers through democratic control. This model could have profound implications for the wider industry in the years to come.

“I had the great privilege of visiting Darjeeling, India, in 2012 on an Equal Exchange delegation. The Potong Tea Garden’s history stands out to me as a clear example of the injustices of the colonial plantation model, which at its core is built upon the indentured servitude and dependency of workers. I will not forget the stories told by Potong workers of the period when they were abandoned by plantation owners when the garden was no longer profitable. Overnight workers lost not only income, but housing, food, healthcare and education. Today, Potong is now collectively run by the garden’s workers and their families, and even more importantly is serving as an exciting alternative small farmer tea model that is desperately needed to help transform the tea industry.”

On the market side, Equal Exchange has proven that alternative supply chains in tea are difficult—but they can work. With your support, Equal Exchange has been able to support our tea partners with incrementally growing purchases—representing a slowly but steadily increasing presence of small farmer tea in grocery stores.

In addition to buying more tea from our current partners, this year we are pleased to introduce a new partner: the Karbi-Anglong Small Farmers in Assam, India. The Assam region was the epicenter of the colonial tea trade and it is still fraught with labor injustices; many plantation workers still live and work in terrible conditions. We are proud to work with TPI in support of a fledgling effort to build a new small farmer tea project in the plantation-dominated region.

While Equal Exchange’s purchases of tea are important to our partners, our relationships with them goes far beyond commercial trade. Over the years, Equal Exchange has contributed funding to help Potong Tea Garden in their tea bush replanting efforts, replacing many of the bushes originally planted in the 1800s. And in 2017, Equal Exchange, together with our supporters, raised funds to help Potong through a challenging time. That year, Potong lost about 70% of their annual harvest during a 104-day shutdown stemming from political unrest in the region.  Equal Exchange’s support helped farmers make ends meet despite the lost income.

Planting Seeds for a Better Future

Through good times and bad times, our futures as consumers are intertwined with the futures of small farmers. We are proud to celebrate 35 years of changing trade and more than 20 years of solidarity with tea farmers in India and Sri Lanka.

To build true alternative trade in tea, we need to do two things—and we need your help to do them. First, we need to continue to build a marketplace for small tea farmers. Secondly, we need to build awareness about the problems in the industry.

As an alternative trader, Equal Exchange is deeply committed to both of these efforts: we’re continuing to expand our tea program, and creating spaces for consumers to learn about where tea comes from and the people who grow it.

You can help by shopping for small-farmer grown Equal Exchange tea at your local co-op. And if you’ve learned anything from this article, share it with your friends, family, and neighbors—and encourage them to ask for Equal Exchange tea where they shop!

Thank you for your support as we continue to build a market for small farmers and work for positive change in the tea industry, together.

To stay connected with Equal Exchange and learn more about our tea partners, consider joining our community at: equalexchange.coop/getinvolved

As conscientious consumers, many of us look for the “organic” label when shopping. While we…

At Equal Exchange, we believe that “Fair Trade” means “small farmer,” and our relationships with…