Building an Alternative Trade Organization for 2020 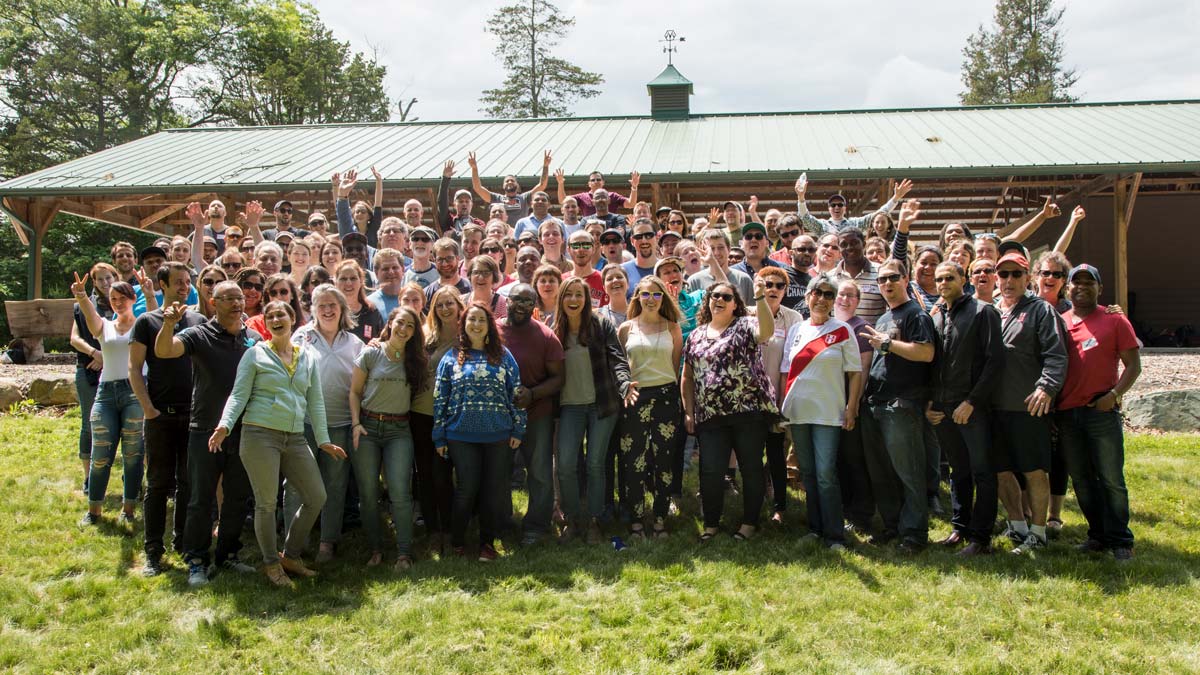 Equal Exchange was founded as an alternative trade organization (ATO) with the mission of connecting US consumers and small marginalized farmers from the global south from countries like Nicaragua, Peru, or India. Within the ATOs internationally, Equal Exchange has been identified with the organizations that trade food, support social movements and farmer coops, and is itself structured as a worker coop.

Alternative trade organizations had foundational influence in the broader fair trade movement but have been isolated from even their most natural allies including coops, citizen movements, community economic organizations, unions, and NGOs. This isolation has caused ATOs to not only be under grave threat for the future but at risk of not surviving the market in the next ten to fifteen years.

How is Equal Exchange, one of the most successful ATOs in the global north thinking about our future? What is our plan or strategy to try to survive and prosper in this next period? How will we need to change to increase our odds of success?

In general, we have been doing several things at the same time over the last five years, all of which are important pieces of the future we are trying to build. To increase the odds of success we must create a future in which consumers and producers can connect in actual partnership that is real, mutual and sustaining of fair economics and democracy building. We need to:

1) Save and Create a Network of ATOs.

As we watched our fellow northern ATOs recede and face economic collapse we were compelled to act to save and support as many as we could. In 2008 we acted to keep Oke USA, the only fair trade produce company in the country alive. We invested $400,000 of high-risk capital into an organization that was effectively in bankruptcy. In 2013, we put $400,000 into Equal Exchange UK as a sister ATO to keep the doors open. We re-invested in that effort in 2017. In 2014 we invested $400,000 in La Siembra, a Canadian worker cooperative to keep their ATO model alive instead of becoming effectively demutualized and transitioning from an ATO to a brand at the service of venture capitalists.

There have been other circumstances where we looked at trying to lend a hand, There likely will be more. We believe we have done more to keep authentic ATOs alive,, competing and performing their vital work than any organization out there. Today Equal Exchange US and UK, La Siembra, and Oke are all in business, profitable, and together sell over $80 million annually. We have created an ecosystem of ATOs that walk their own path, but learn together and reinforce each other.

2) Recognize that Our Past View of Partnerships was Illusory.

We have always tried to fairly balance commercial sales with strong partners and allies. Those deep partners were primarily food coops and churches. What we came to realize is that these semi-partnerships were ultimately weakly constructed, not structurally coherent and ultimately not able to allow us or our “partners” to co-plan, co-invest, co-sacrifice, and co-share any surplus created. As previously mentioned, ATOs are isolated from even their most natural allies. At times we may have been close to solving this isolation and lack of structural connection issue but ultimately that did not happen. Understanding that what we hoped for and tried to create in partnership was not there. This realization allowed us to re-engage in what our situation really was and still is.

3) Engage and directly organize our citizen-consumer base.

What we can say after three years of active engagement is this work is among the most challenging we have undertaken. It is confusing. Everyone comes at this with their own assumptions. It is hard to share these. We are on unplowed terrain. We have left the heavily tilled ground of social responsibility and sustainability which most of the major players in the multi-trillion dollar global market now support in theory. We believe this is exactly where Equal Exchange as a pioneering, entrepreneurial, imaginative ATO should be spending its time.

4) Recognize our success and the success of our allies.

Fortunately, Equal Exchange has been successful. Our network of ATOs has collective sales of $80 million in the U.S., Canada, and the UK. We have 160 workers, most of them as cooperative owners. We have hundreds of thousands of consumer supporters and now a few thousand more organized citizen-consumers. We have a solid balance sheet, positive net retained earnings and a capital base. We have three brands that are well established and have substantial value as brands to our competitor capitalist frenemies. We have a 33-year history of trying different things and succeeding a fair amount of the time. We exist at reasonable scale and can play our game in the midst of the broad, often challenging,and ever-consolidating market.

5) Gain support for our approach and the trade models we want to build.

While we do this as a networked, international mini-group of ATOs, as the market gets more challenging there is more and more support for our approach and what we have done. For quite a while we and our farmer partners watched as the market took over fair trade and mainstreamed it to the point that it was unrecognizable. More recently worker coops & democracy have gotten more energy, attention and are now in a boomlet of their own. This development is truly exciting. As corporations consolidate further there is an increasing understanding of the need for a new economy, community ownership and worker ownership. One of the foundations of our mission is becoming more understood as a needed reform and that reform is happening in dozens of small organizations and a few bigger organizations across the country. Meanwhile, Equal Exchange has been living with the structure of worker ownership for decades and is yet again in our own unique space.

Over the past thirty-two years of building our hybrid model we have learned a lot about building a network of ATOs, fostering supply chains centered around farmers and sharing our unique business model with others. The heart and soul of Equal Exchange has always been about and continues to be about relationships. An unintended but clear mistake of our model has been leaving out our citizen-consumer base. The model will be stronger with them in. We believe our economic and political survival depends on doing this in an effective, meaningful way.

We have a brand. It is of great value to others. We need to continue to leverage our brand, our supply chains, and our unique model in the more hostile market. We need to bring citizen-consumers into our democracy and continue to build the most democratic brand in America.