Looking Behind the Barcodes 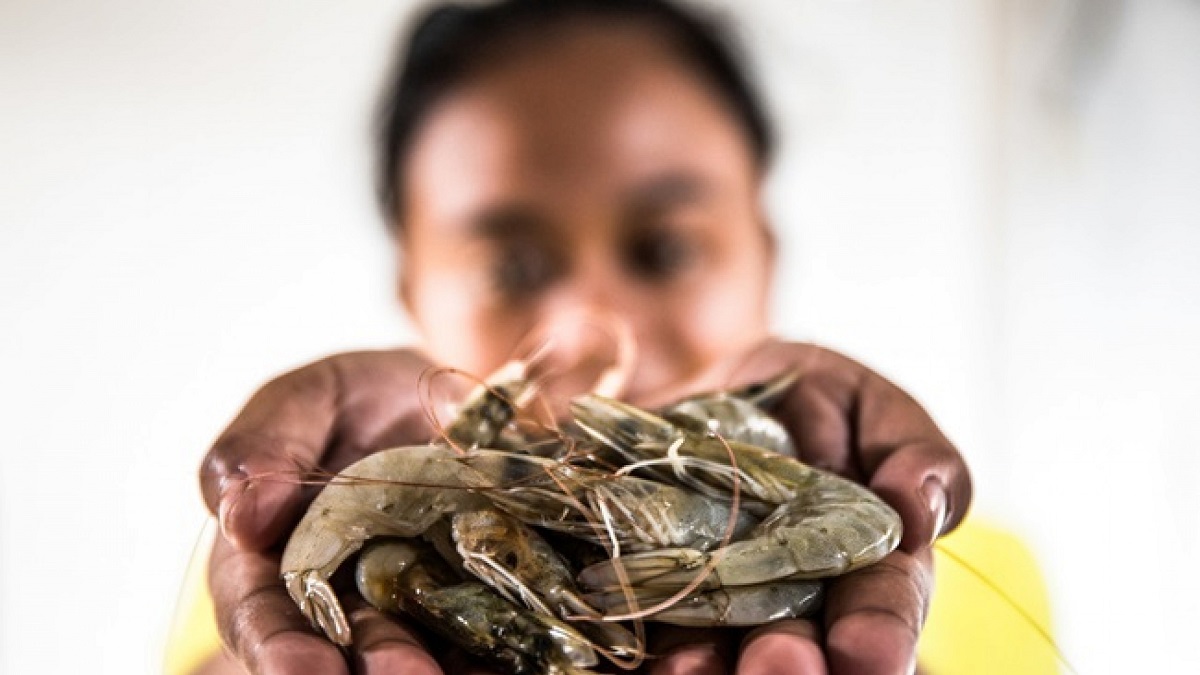 Next week, the Equal Exchange organizing deparment will be cohosting a webinar with Oxfam America on their Behind the Barcodes Campaign. Join us on Tuesday, January 29th from 4-5pm EST by emailing eeactionforum@equalexchange.coop. Activists demonstrate outside a Whole Foods in Boston as part of the launch of Oxfam’s Behind the Barcodes campaign. (Photo: Elizabeth Stevens / Oxfam)

An estimated 22 million people around the world work for food manufacturing companies alone. But that number is just the tip of the iceberg. Millions more work in formal or informal roles, such as seasonal labor on plantations or on fishing vessels at sea.

And while supermarkets earn big profits, many of these workers, year-round or seasonal, face harsh and dangerous working conditions, earn low wages and live in poverty, struggle to feed their own families. From forced labor aboard fishing boats in Southeast Asia, to poverty wages on Indian tea plantations, and hunger among fruit and vegetable pickers in Southern Italy, human rights abuses are widespread among the women and men who produce the food that we buy from supermarkets around the world.

The global food industry generates billions in revenue every year, but the rewards are increasingly skewed toward the powerful. The eight largest publicly-owned supermarket chains in the world generate trillions in sales and billions in profits, and are keeping a growing share of the money we spend in the checkout line – while the small-scale farmers and workers producing the food get less and less. Human suffering should never be an ingredient in the food we eat. That’s why Oxfam launched a new campaign this week seeking to expose the economic exploitation of millions of small-scale farmers and workers face in food supply chains and to mobilize the power of the people around the world to help end it.

In our research, we found that:

As part of the campaign, Oxfam looked at the policies and practices of some of the biggest and fastest growing supermarkets in the US and Europe, focusing on four themes: women equality, worker’s rights, small-scale producers, and transparency.

In the US, Oxfam assessed and ranked six of the biggest retailers, including Walmart, Kroger, Albertsons, Costco, Whole Foods and Ahold Delhaize, the parent company to retailers such as Food Lion, Giant, and Stop & Shop. In general, US supermarkets scored very low across all four themes assessed, demonstrating that they have little awareness on these issues and have not yet chosen to prioritize human rights, due diligence, supply chain traceability, living wages, and gender inequality issues.

Oxfam and the Sustainable Seafood Alliance Indonesia looked specifically at working conditions in seafood processing in Southeast Asia, interviewing workers from some of the biggest shrimp processors and exporters in Thailand and Indonesia that supply to supermarkets like Whole Foods, Ahold Delhaize, Kroger, Costco, Albertsons and Walmart. Through the interviews, we found that wages are so low that 60 percent of women workers surveyed in Thailand were severely food insecure, workers in both countries struggled with controlled access to drinking water and toilet breaks, and were forced to put up with routine verbal abuse by supervisors.

One woman, Melati, told us that she was trained to peel 600 shrimps per hour but was never able to attain that goal. The conditions she was working in at the processing plant in Indonesia were dangerous and she struggled to breathe and burned her hands because she didn’t have proper protective equipment when handling cleaning chemicals like chlorine.

Melati and women like her toil in processing plants in Indonesia and Thailand for little pay. In fact, we calculated that it would take women like Melati 4,000 years to earn what the chief executive at a top US supermarket earns in a year.

Our analysis found that US supermarkets can do much more to support the millions of workers, small-holder farmers, and fisherfolk who grow and produce our food every day. And it isn’t just about paying a higher price, though that would help. As supermarkets have gotten bigger so too has their power. This allows them to set the terms for how they will source their food, from quality and timing to price and risk. Throughout supply chains, more and more risk is being placed on farmers and suppliers and the pressure to produce quality products under extreme time pressures is being borne by workers as well. As our US Supermarket Scorecard shows, the industry has more to do to take the human suffering out of our food.

You and I spend enough at the grocery store to ensure women like Melati have decent working conditions and earn a living wage. Supermarkets depend on us, their customers, so they have to listen. Call on supermarkets to help end the human suffering behind the barcodes by taking action and joining the Behind the Barcode campaign today!

To learn more about how you can be an integral part of Behind the Barcodes join our webinar on January 29th from 4-5pm by emailing eeactionforum@equalexchange.coop.