Who Grows Your Chocolate? An Update 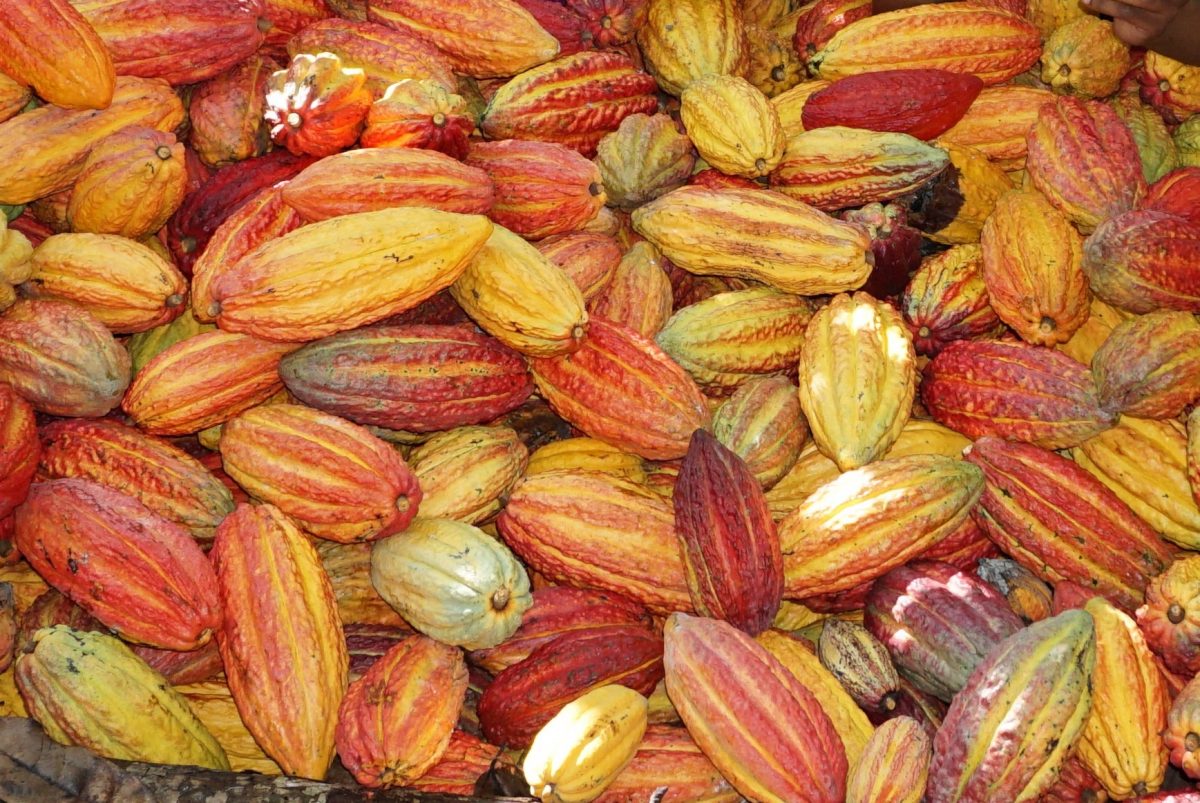 You probably already know that cacao is the crop from which cocoa and chocolate are made. West African countries like Ghana and Côte d’Ivôire produce most of the world’s cacao. Starting a few years ago, labor abuses in West Africa began to get international attention. You may have heard about poverty wages, unsafe working conditions, the worst forms of child labor and even modern-day slavery. You may have heard that farming practices that damage the environment were common, too. But what’s going on with that now? Have things gotten any better? Let’s take a look at the current state of affairs in the chocolate industry, and what you can do to help.

Taking the Measure of the Cacao Industry

Every two years, a global consortium of organizations, including Green America, the International Labor Rights Forum and Oxfam, publishes a report called The Cocoa Barometer.  Though minor progress has been made in the industry in recent years, the 2018 Cocoa Barometer doesn’t show much good news on the horizon for cacao farmers. As the executive summary puts it, “If business as usual continues, it will be decades – if ever – before human rights will be respected and environmental protection will be a basis for sustainability in the [cacao] sector.”

Here are some of the biggest challenges:

The price of the crop is currently low and unstable.

Between September 2016 and February 2017, the price of cocoa cratered, dropping from around $3,000 per ton to below $1,900 per ton. Smallholder farmers are most vulnerable to price drops and, without a guaranteed minimum price, they bear all the risks of a volatile market. They can’t afford it! A report by Fairtrade International calculates that farmers in Côte d’Ivôire earn an average income of just $0.78 per day. That’s 37% of what’s considered a living income in rural Côte d’Ivôire.

Though growing and harvesting cacao can be hazardous for anyone, the report estimates that in West Africa alone, over 2.1 million children currently perform this work. The 2018 Barometer reports that “not a single company or government is anywhere near reaching the sector-wide objective of the elimination of child labour, and not even near their commitments of a 70% reduction of child labour by 2020.” In fact, the number of young workers has risen in recent years. The report notes that because child labor “is a symptom of deeper problems, it will not be eradicated without tackling systemic poverty.”

Some workers don’t get paid at all.

Financial insecurity can exacerbate the worst form of child labor — slavery. Green America reports that sometimes, farming families “are in such dire means of desperation for the money companies contracted by the chocolate industry promise, that they sell their own children into the illegal and inhumane child labor industry.” The Food Empowerment Project cites Abby Mills, Campaign Director of the International Labor Rights Forum, who says “every research study ever conducted in [Western Africa] shows that there is human trafficking going on, particularly in the Ivory Coast.”

Historically, cacao has been a slash-and-burn crop. But global cacao production has increased fourfold since 1960 and now, more than ninety per cent of the region’s original forests have been destroyed. The Barometer attributes this damage to a combination of “corporate disinterest in the environmental effects of the supply of cheap cocoa, and to an almost completely absent government enforcement of environmentally protected areas.”

These problems are hard to tackle — and big corporations aren’t doing enough. The Hershey Company, Kraft Foods, Mars Incorporated and Nestle signed the Harkin-Engel Protocol in 2001, showing they were aware of the problem and resolving to take action. But as the continued rise of child labor in the cocoa industry shows, the Protocol has failed.

What can we do, as individuals? Here are some suggestions for disrupting the “business as usual” attitude that the Cocoa Barometer talks about.

You can tell your friends about what’s happening in the West African chocolate industry. Show them the 2018 Cocoa Barometer or Equal Exchange’s Chocolate Infographic.

You can let big companies know that you care about this issue and that you’re paying attention to how they handle it! Write to Harkin-Engel Protocol signatories, or tag them on social media. These big players need to hear from customers that abusive practices aren’t acceptable, so that they have motivation to change their systems.

You can opt out of chocolate produced by the worst forms of child labor and forced labor. Eat less  chocolate or — even better — switch to fair trade chocolate that’s traceable, so you can feel confident about the conditions under which it was produced. Find out which brands are rated highly on Green America’s Chocolate Scorecard.

What about Equal Exchange Chocolate?

We currently source 100% of our cacao from Latin America.  We work only with democratically organized groups that are part of the fair trade system and have the vision of improving the lives of farmers and their communities. We visit our partners, with whom we’ve established personal relationships. They are not slaves or children working in inhumane conditions — they’re smallholder farmers who are proud of their work and want to sell organic cacao for delicious chocolate through a fair system. The fair trade minimum price Equal Exchange guarantees and the advance credit our partners receive helps them weather the ups and downs of the market, improve their farming practices, and plan for their families’ futures.

And you’re among the first to know about an exciting new development! Our Chocolate Team wants to share the following BREAKING NEWS:

Equal Exchange is committed to supporting authentic, transparent and democratically structured supply chains worldwide. In the context of abuses in West Africa, we have connected with a group that is working hard to create an alternative. This year we have begun a relationship with a fair trade cacao cooperative in Togo, in West Africa, and we look forward to using their beans in our products beginning as soon as Spring 2019.

Chocolate shouldn’t be cheap. It should be fairly produced, and delicious!

Why not browse Equal Exchange’s selection of  Fairly Traded and Organic Chocolate!

Cocoa Barometer 2018 by the Barometer Consortium.

“Child Labor and Slavery in the Chocolate Industry” by The Food Empowerment Project.