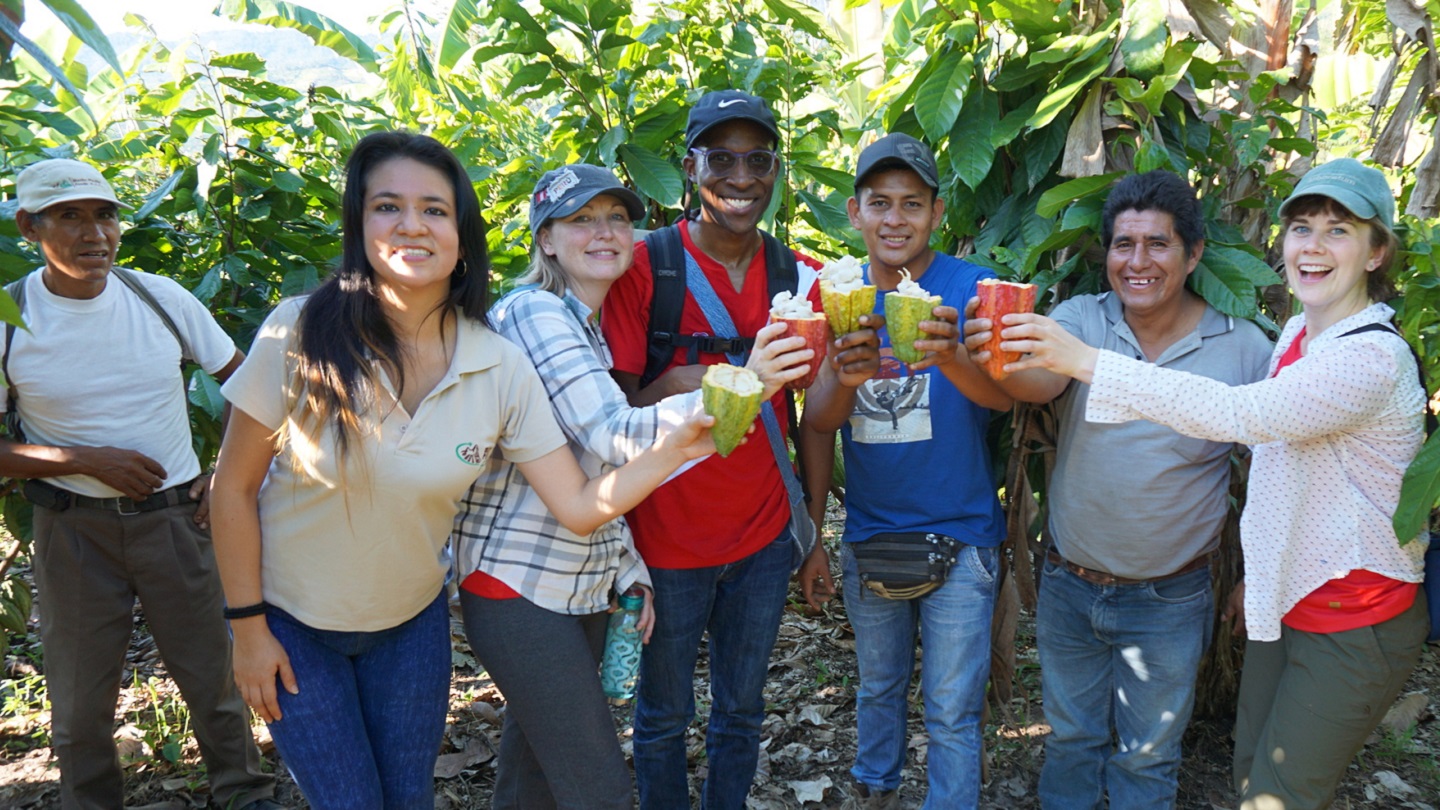 You probably already guessed that. Co-op sounds like something positive — working together, hooray! Throughout history, people have organized with each other to achieve the goals that they share. But what does “cooperative” mean when applied to a business?

Our company, Equal Exchange, is structured as a worker cooperative. That’s inextricable from who we are – it’s in our mission statement. Why are we so proud that we’re a co-op? And what difference should it make to consumers like you?

Instead of being owned by a big global conglomerate, Equal Exchange is owned by its workers. We share in profits and losses, and we vote on big decisions, like whether to invest in new roasting equipment and who sits on our Board of Directors.

Small companies often get bought up by big companies. The employees – and even the original founders – don’t have much of a say in the direction the business goes. Making money for shareholders becomes the priority. That will never happen to us because Equal Exchange will never sell out! There’s a clause in our bylaws that stipulates that if worker-owners ever sell the company to another entity, we’d have to give away the profits — so there’s no incentive for us to consider it.

In the food industry, where increasing consolidation is the norm, independence is pretty rare. When you look at the grocery shelves, it may seem like there are lots of choices for shoppers. But in reality, all those brands are now owned by the same small handful of huge companies. (See this chart by Dr. Phil Howard for specific examples.) Many of the small brands were founded by people who cared about organic and fairly sourced food, just like we do. But the current owners have a different priority – turning a profit.

We’re proud to be different. 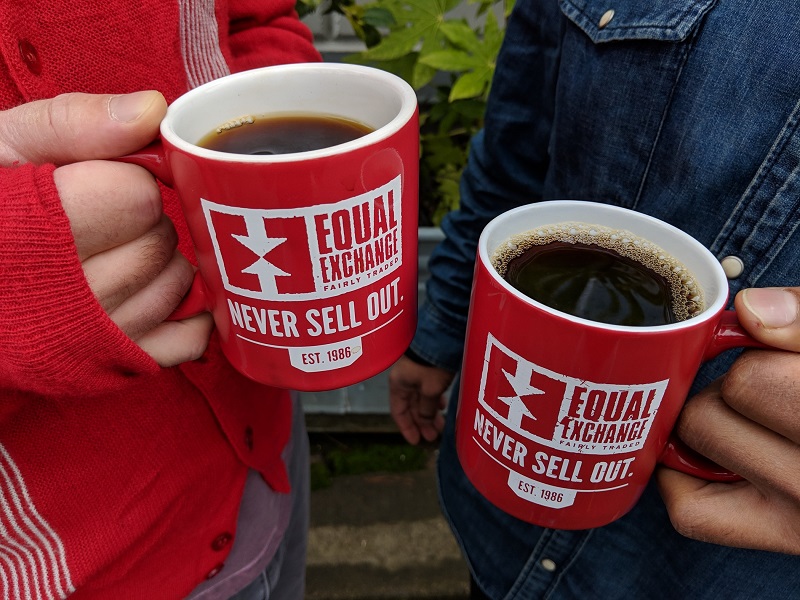 Our products come from co-ops, too.

Equal Exchange buys coffee, chocolate, and other products from small-scale farmers who are members of cooperatives, too – producer co-ops. Individual farmers own their own plots of land. That gives them the freedom to do things their way, innovate and make independent decisions. But when scale is an advantage, farmers team up on bigger projects. For example, members of a co-op might ferment their coffee cherries together, or invest in research to investigate which varieties of cacao are most productive, or go in together to buy a factory that will produce value-added products. Each person in their co-op gets a vote and can run for a leadership position.

It’s important to make sure that the fair trade products you buy come from producer co-ops. Because of the rising demand for fair trade, some certifiers have relaxed their criteria. They now allow products grown on giant plantations with rich owners to be certified as fair trade. But a movement with the goal of empowering farmers needs to include them as decision-makers. Democratic organizations like co-ops do that. At Equal Exchange, we don’t think that’s negotiable. We continue to speak out about the dilution of fair trade. Read more here.

We team up with other co-ops.

All cooperatives around the world practice seven Cooperative Principles. Perhaps our favorite is the 6th of these principles, which says that cooperatives should support other cooperatives. We want other co-ops to know we’ve got their backs! Equal Exchange buys the milk powder that goes into our Organic Hot Cocoa mix from Organic Valley, a dairy co-op in California. When we need something printed, we often use Red Sun Press, a worker-owned printing and graphic design shop in Boston.

Equal Exchange is one of the oldest and biggest worker co-ops in the US. We’ve learned a lot over the last 30+ years, and we love to pass that knowledge on to others. That’s why we share documents and tools with fledgling co-op businesses. We’ve also made financial investments in a number of other startup and mature co-ops.

Depending on where you live in the country, you might buy your Equal Exchange coffee, chocolate, tea and nuts at another kind of co-op! A food co-op is a grocery store that’s collectively owned by its customers. This model, called the consumer cooperative, first became popular in the 1970s.

At some food co-ops, consumer-owners work shifts at the store to keep the things running. At others, they serve on the board. In return, they may receive a discount or end-of-year share in profits. And by encouraging folks to shop locally, co-op stores keep money in the community.

Why is being a co-op such a big deal? While a conventional business might only be out to increase profits for shareholders, at Equal Exchange we’re accountable to everyone who takes part in the business we do. That includes investors, but more importantly, it includes the farmers who grow the food, the workers who process, package, deliver and sell it — and the customers like you who enjoy it.

Listen to a podcast episode about exactly why Equal Exchange will never sell out.

See a list of cooperative businesses that are part of the U.S. Federation of Worker Co-ops.

Learn more about the producer co-ops who are our partners.

Listen to a podcast episode about food co-ops, then and now.

Buy a sweet Never Sell Out mug or shop for products grown by farmer co-ops.

The Search for Sustainable Packaging

We’ve been selling organic, fairly traded coffee since 1986 and our coffee bags are…