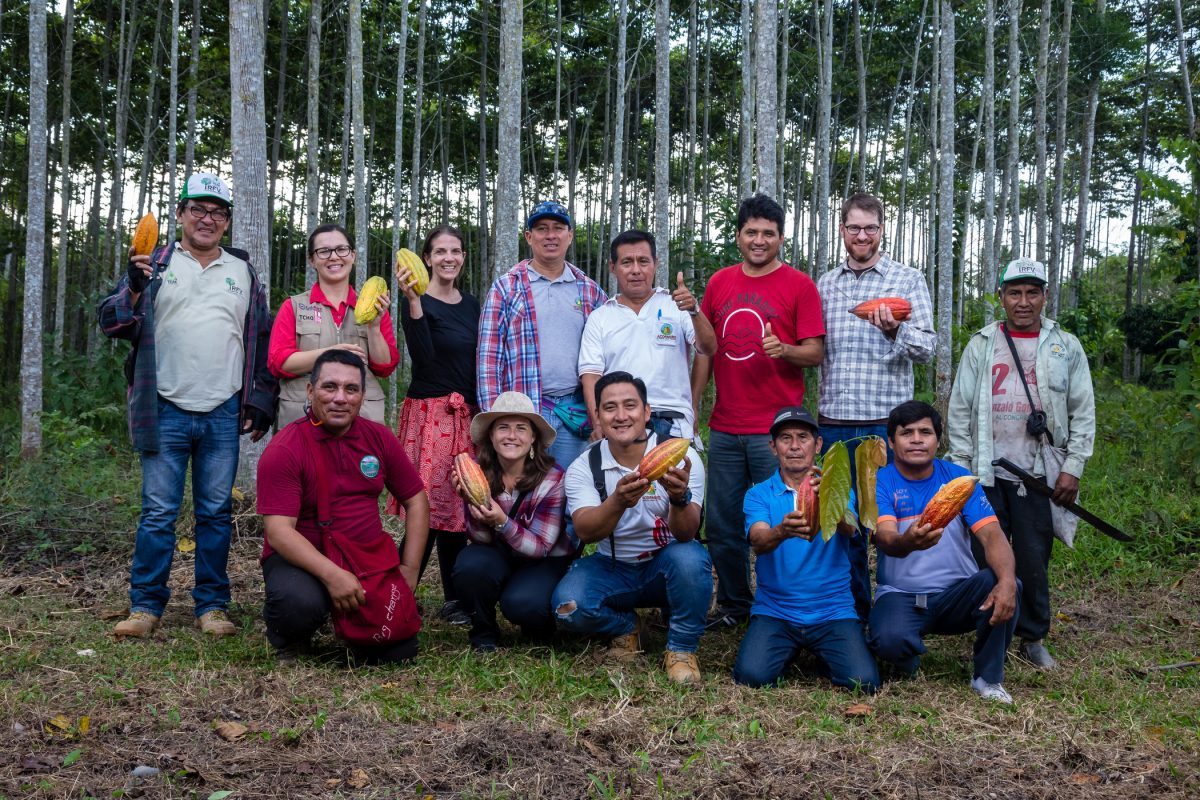 It was the early 2000s at Equal Exchange

when it became clear that the company was growing fast. We had many opportunities — like looking into building our own cafes, expanding the markets of our fair trade producer partners, and getting more advanced in the coffee products we were offering — but we’d have to make some big changes to take advantage of them. That is why the management at Equal Exchange proposed that we buy and move to a larger facility and build a roaster to roast our own coffee. And who was this proposal made to, you may ask? It came before the workers-owners of Equal Exchange, and in order for Equal Exchange to move forward with all these plans, the worker-owners would have to say yes, by way of a vote, by more than two thirds of the members present at the meeting this was proposed at. The good news is that in 2004, those worker-owners agreed to all three proposals (to buy, to move and to build) and we could not have grown the way we have since without those changes.

A worker cooperative is a business that has

members rather than shareholders. Each member owns only one share and therefore has one vote in decisions, large or small. To say that there is a connection between cooperatives and democracy would be an understatement. All cooperatives were actually born out of the workers’ struggle for the right to vote which took place  in mid-nineteenth century England. The Rochdale Society of Equitable Pioneers (now known as Cooperative UK) emerged out of that movement.  Rochdale was the first successful cooperative in modern history, and is the longest running. Its founders believed that the axiom “one person, one vote” was so central that they made it a core principle in the Cooperative’s foundation. And they extended that right to both men and women, a good 80 years before woman in England were offered the same parliamentary option.

through member voting remains a central component to any cooperative, whether that be a consumer co-op, a worker co-op, or a farmer co-op. And it is this egalitarian principle that Equal Exchange values dearly – because it assures workers an equal distribution of power and voice. It’s a very powerful component of our work with our partners in producer co-ops, who had been self-organizing into democratic groups for almost 60 years before the Fair Trade movement took off.

In countries where power is concentrated in the hands of a very few, coffee, cocoa and tea farmer cooperatives offer a true democratic alternative, empowering many, and ensuring that democracy can thrive, even when faced with governments and groups who attempt to stamp it out. Each farmer, no matter how big or small their plot of land, has the same vote, the same voice, and the same power. It is important to note that due to the power that was generated by these farmers’ collectives,  Fair Trade labeling organizations began to require the structure that was already in place in many parts of Latin America. Coffee farmers must be organized in democratic cooperatives in order to be officially recognized and sell their coffee as a fairly traded product. And it’s this requirement for coffee farmers that motivated the early leaders of Equal Exchange to shape the organization as a worker cooperative. If farmers organized themselves in this manner, we decided we should follow suit.

at Equal Exchange are members of a worker cooperative.  All regular employees at Equal Exchange who have been here for longer than a year have to be voted on by other worker-owners to become co-owners of the organization. Each person then receives one share, and thus, one vote. Each worker gets to choose  who represents the workers-owners on its board of directors. Workers serve as six of the nine board members. Therefore, in that historic vote in 2004, each worker-owner — whether their job entailed answering phones, packing boxes or overseeing operations — had the same one vote, no more and no less.

Due to our model as a co-op that purchases from farmer co-ops, and pays a fair price, U.S. food co-ops and their members made up our earliest supporters.   These consumer co-ops use the same organizing structure: one consumer member, one vote, just like the Rochdale Pioneers. We owe the Equal Exchange model and the model of working with small farmer co-ops to those visionary thinkers who championed democracy through fighting for the right to vote.

This guest post was written by Aaron Dawson. Aaron was an Equal Exchange Board Member, the Treasurer of the Democracy at Work Institute, and has served on the Board of the US Federation of Worker Co-ops. He completed his Masters in Management, focusing on Co-operatives and Credit Unions at St. Mary’s University in Halifax, Canada.

This fall, we’re posting content about Food and Democracy — and the important ways they intersect — up until the U.S. primaries on November 6th. Stay up to date by following the hashtag #FoodForDemocracy on Facebook, Instagram and Twitter!

Read more about the story of the Rochdale Pioneers.