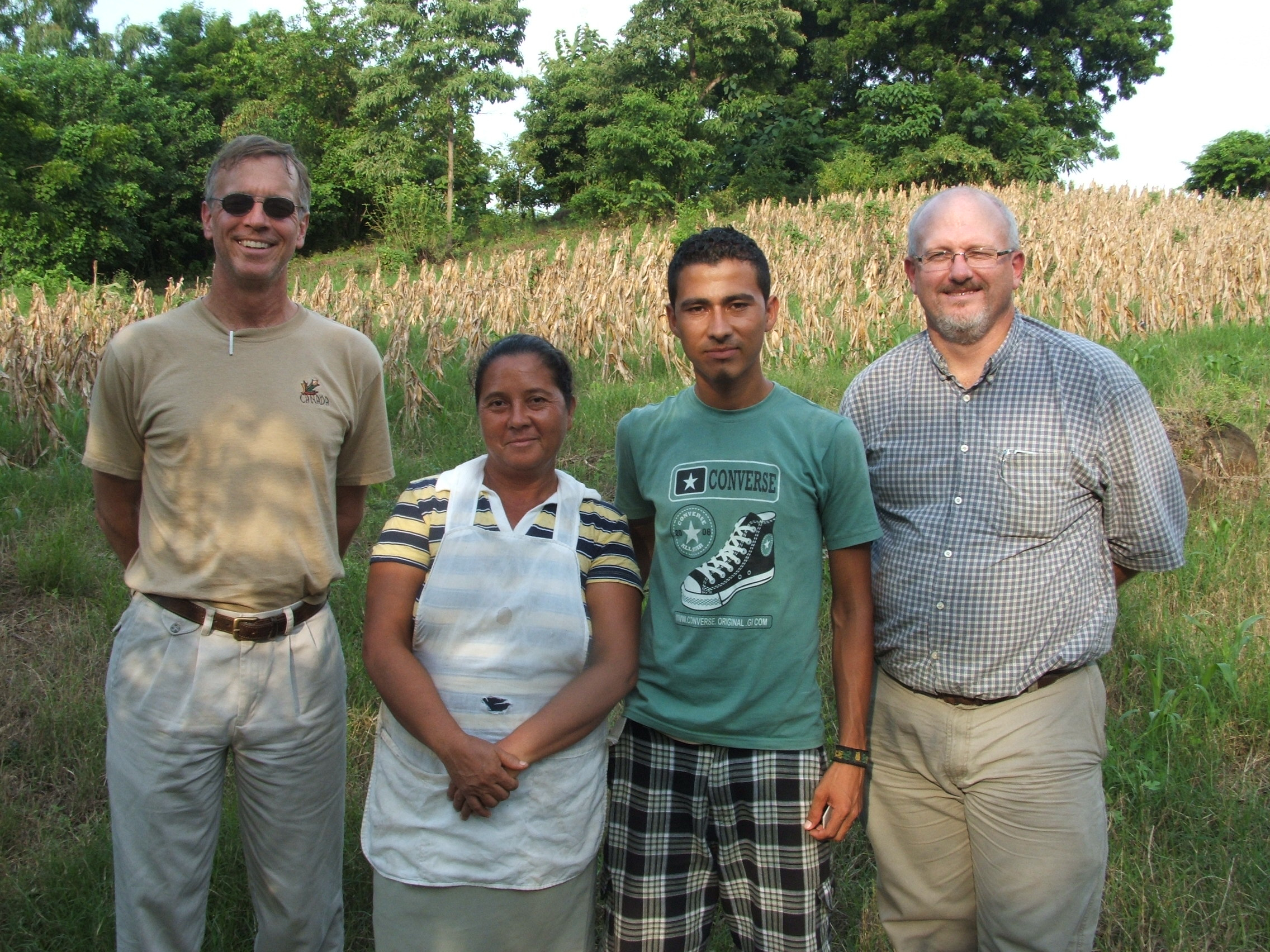 Scott Williams of the Central Christian Church (Disciples of Christ) in Lebanon, Indiana, started learning about marginalized groups in Central America after 2001, when he visited Honduras with his son, Andy and friends on their first trip abroad. They were trying to determine possible mission plans for a large group church trip the next year. Supported by DOC Global Missions, they connected with a couple different development groups. During one of their visits Scott remembers this, “A community leader told us that the most important way that we could help them was to go back to the U.S. and tell people their story.” This idea stayed with Scott, who was an educator and elementary school principal; it has guided him through the journey of the last 15 years.

In 2006 Central Christian Church (DOC) decided to send a group of 23 high school students and adults to El Salvador through a project created by Global Missions and their lead missionary, Marco Gonzalez.  Hurricane Mitch had devastated the country, and the group helped to rebuild houses for the small community of “Puente Azul” (Blue Bridge in Spanish). The ten-day trip made such a major impression on the students that when they returned, they convinced their parents and other church members to raise funds for scholarships so that middle school and high school students in Puente Azul could remain in school. At that time, the community had no high school graduates in its history; these stipends allowed seven students to stay in school that first year. This is when the Central Christian Church (DOC) leaders made a decision to sell Equal Exchange fairly traded chocolate to raise the funds for the stipends. Since then the congregation has been selling EE products and they’ve managed to raise funds for students even though they’re only 150 members strong. To date,18 students have graduated from high school in Puente Azul.

When Scott and a delegation visited again in 2009, they asked Puente Azul members what else they could do next to help improve their quality of life. The answer was immediate and unanimous: “la luz”–electric lights. Puente Azul was located far enough away from the main city, Sonsonate, so that power lines had to yet come to them–even though they had been promised those lines for 20 years. The result was the Central Christian Church’s solar panel project.  With the support of Ricardo Barrera, an architect and activist in San Salvador, the group developed a plan to install residential solar panels–with storage batteries and light fixtures–in each of the homes of Puente Azul. This project kept a small army of Central Christian Church members and installation workers busy for the next eight years. By July 2019, there were 63 homes with solar panels, nearly serving the entire community of 82 homes. By December of 2019, the promise of the grid finally reached the community, which meant that all families finally had “la luz.” The solar panel installation cost averaged about $1,400 per home.

Central Christian Church (DOC) has also funded these ongoing projects at Puente Azul by holding a golf tournament every fall. And there’s always a basket of Equal Exchange products raffled off at the event. Other churches who have heard the story of Central Christian’s projects have also contributed to the programs. By 2019, the church had raised over $85,000 for the solar panel project along with enough money to fund the scholarship program for nine more students each year. Last year during COVID-19, Scott and his team did what they could to adapt to the situation. They expanded an area in the church parlor where people could purchase a range of Equal Exchange products: coffee, tea, chocolate, nuts, etc., along with a price list, EE posters, and a basket.

Scott Williams, with his team of congregants at the Central Christian Church (DOC) are truly extraordinary. They keep raising funds for Puente Azul and telling and retelling their story to others as often as they can. They are now helping the community to build composting latrines. Over the last decade and a half, they congregation has helped to transform Puente Azul into a more vibrant place, enriching and transforming the members of both communities. Equal Exchange is proud to have played a small part in these projects. We honor Scott and his congregation and pass their story along to you as an inspiration.

Get more inspiration to help you engage your own faith based group around fair trade and social justice here.