Democracy Is More Than a Political System: Understanding the 28th Amendment 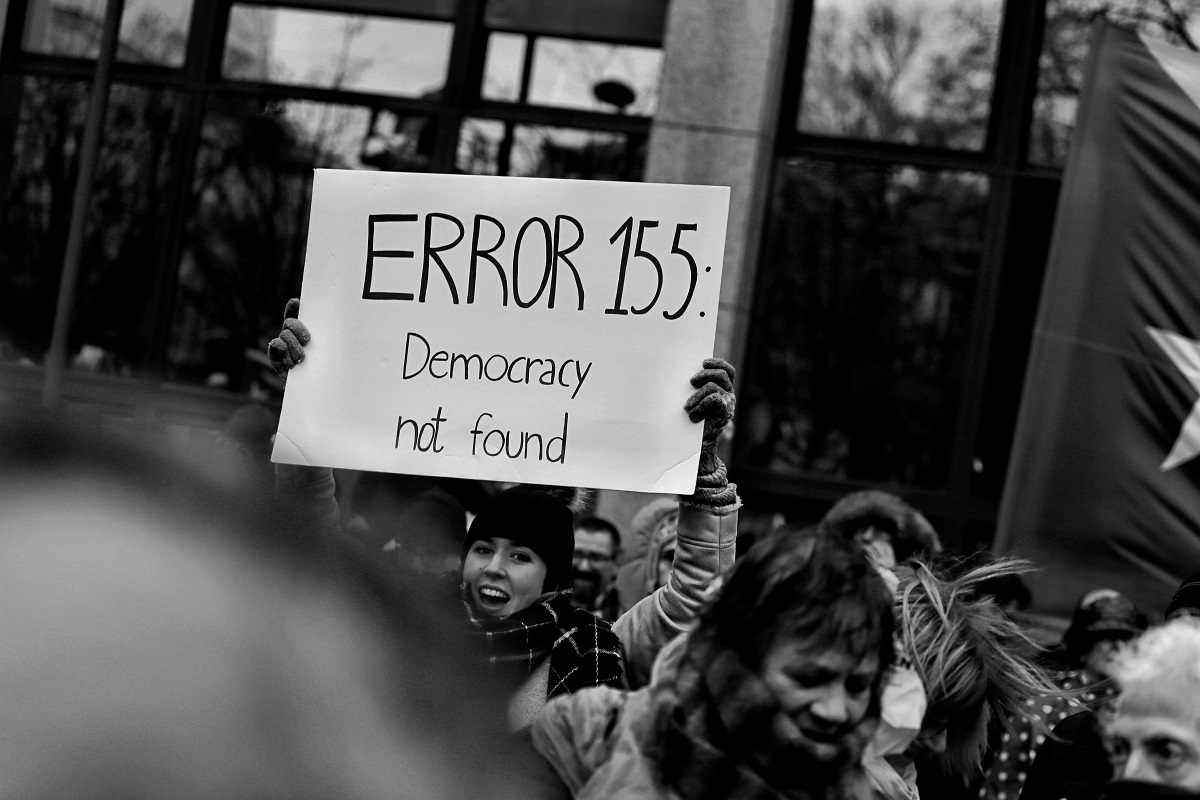 While we take stock in the still-incomplete election results of last week, a more “evergreen” threat to American democracy is busy working 24/7 to thwart the will of the people.That is the corrupting influence of big money in politics. In fact, spending on the mid-term elections topped $5 billion—much of that from “dark money” groups who don’t need to disclose who is behind them.Taking a stand in favor of democracy, Equal Exchange recently endorsed the direction of American Promise.

The fundamental premise of American Promise is the need to pass a 28th amendment to the Constitution in order to curtail the destructive role big money has had for too long in quashing the wishes of the people.  While it is no secret that our country is dangerously divided politically, polls show remarkable support among voters of all stripes for this approach to leveling the playing field.  In other words, it is not a pure pipedream but a potentially viable strategy to achieve this important goal.

Why has Equal Exchange taken a stand on this issue? To us, democracy is more than a political system. It is our governance structure at work.  Imperfect as our own worker cooperative may be, it is profoundly important that the highest-level decisions this organization makes are the domain of those who work here, the worker-owners. We are proud of this structure and work hard to give it meaning every day.

Furthermore, our supply chains are grounded in the solidarity between cooperatives. On the product side, we don’t buy coffee or tea or cacao from individual farmers. Rather, we support their institutions, democratic farmer cooperatives, because we believe the only way to help marginalized farmers gain more political power is to support their efforts once they have organized.

We also face the disproportionate influence of corporate power in the market. Massive consolidation in every sector—coffee, chocolate, bananas, grocery, distribution—makes it increasingly difficult for independent businesses to compete and succeed in the market.  Consumer choices are ultimately limited, profits accrue to faceless, distant corporations, and control is lost by local communities.

One challenge Equal Exchange doesn’t have that American democracy is confronting is the outsized influence of corporate shareholders. In the political sphere, corporations and wealthy individuals have influence far disproportionate to their numbers. As described in The Sacramento Bee last year, “The problem can be traced back to 1976, when the U.S. Supreme Court ruled that in elections, money is the same as speech, and thus it’s unconstitutional for the government to limit election spending.  That decision opened the door to corporations, unions, and the super-wealthy to wield immense influence.” This is the problem a 28th amendment would correct.

There are currently several versions already pending in Congress. The one with the strongest support so far (it received 54 votes in the US Senate in the last Congress, and was reintroduced in the House (167 co-sponsors) and Senate (44 co-sponsors) contains the following principles:

Section 1. To advance democratic self-government and political equality for all, and to protect the integrity of government and the electoral process, Congress and the States may regulate and set limits on the raising and spending of money by candidates and others to influence elections.

Section 2. Congress and the States shall have power to implement this article by appropriate legislation, and may distinguish between natural persons and corporations or other artificial entities created by law, including by prohibiting such entities from spending money to influence elections.

Section 3. Nothing in this article shall be construed to grant Congress or the States the power to abridge the freedom of the press.

In other words, a 28th Amendment along these lines would enable the federal and state governments to no longer grant corporations equal status with human persons and in turn, no longer equate spending with free speech. While other measures are surely needed to restore faith in our democracy and combat the relentless efforts to suppress voting by minorities and the poor, such an amendment would be an enormous confidence builder that our democratic system can indeed work for all of us.