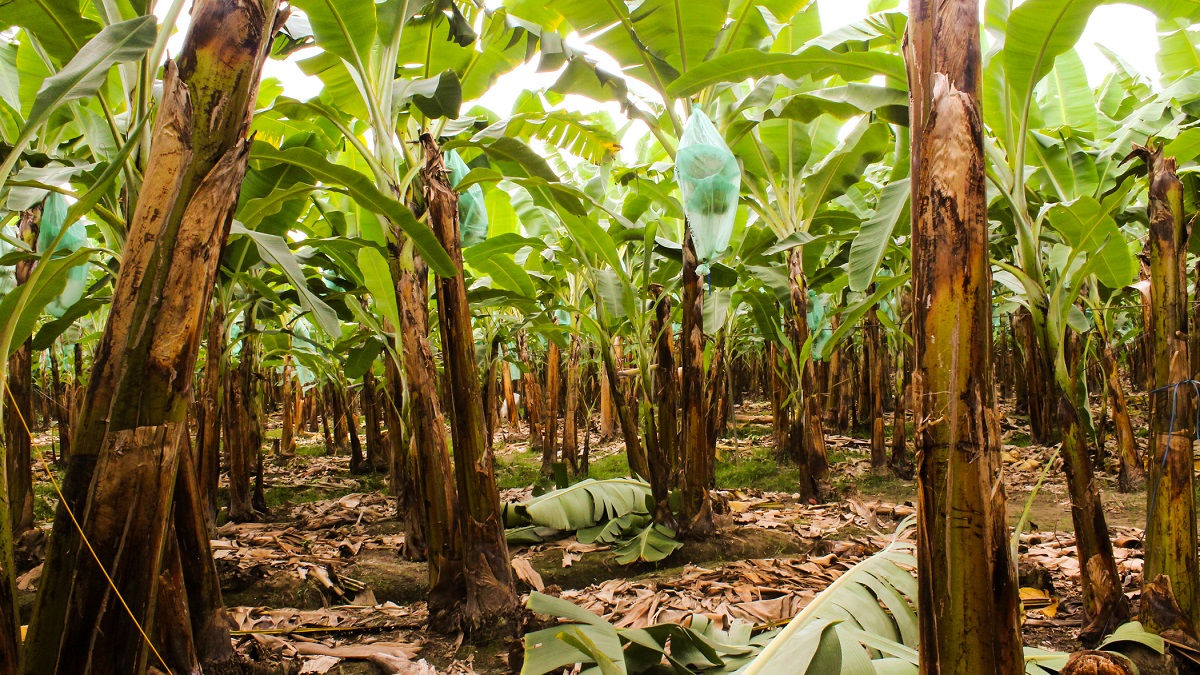 It’s not a secret: due to human activity – particularly the activity of the most privileged – the Earth is in crisis. This year, to commemorate Earth Day, we are uplifting the work of those on the frontlines of healing the environment while feeding people, the producers who have spent their lives working towards sustainable agriculture. Read on for news from avocado and banana producers from Mexico and Ecuador.

EL GUABO, ECUADOR – In Ecuador, the banana capital of the world, a small farmer coop is leading the charge on an exciting project that provides meaningful benefits to its farmer members, while having a positive impact on the environment. Through premium funds, AsoGuabo cooperative in El Guabo, Ecuador recently launched a biofábrica, or a bio-fertilizer plant. The idea emerged from a desire to increase the productivity on the banana farms of its members in a manner that mutually benefited the environment.

It is important to mention that one dollar per 40 lb. banana box is paid directly to farmer cooperatives in the form of Fair Trade Premium and farmer members democratically elect the projects to support with Premium funds. Since bananas are a volume game, the Premium can be sizable. In 2018, the three banana farmer cooperatives working with Equal Exchange received over $300,000 in the form of Fair Trade Premium. This is a tangible way in which Fair Trade is creating democracy and impact on small farmer communities.

The bio-fertilizer project began in January of 2019 with the construction of a warehouse. From there, the manufacturing process begins with two starters (an active starter and an inactive starter), resulting in 5 different types of bio-fertilizers, each with its own set of characteristics. While some contain nutrients and micro-organisms to promote the growth of the plant, others combat diseases plaguing the banana plant. Disbursements of bio-fertilizers to farmers members began in March. As of April, half of the 150 farmer members of AsoGuabo have already applied the bio-fertilizers on their farms, free of cost. As you can see in the photos, each bio-fertilizer tank dons a sticker that reads “With healthy soils, we guarantee the quality of the environment.” This connection between soil health and environment is a tangible one, with research pointing to the benefits of a healthy topsoil in promoting water retention, biodiversity, disease control, and carbon sequestration, especially for organic farmers, who already have a limited toolbox for combating disease and promoting plant growth.

MICHOACÁN, MEXICO – Since its inception, Mexico-based avocado cooperative PRAGOR has built environmental sustainability into their heart of their business. PRAGOR sources only from small farmers who have been maintaining organic orchards for at least six years. This membership requirement is based on the cooperative’s desire to curtail deforestation, which is a problem of increasing concern as the global demand for avocados rises.

Beyond ensuring the integrity of the land of their members, PRAGOR has dedicated the use of some of their Fair Trade Premium Funds towards environmental causes. In 2016, PRAGOR started supporting a beekeeping initiative in conjunction with the local government. Five PRAGOR farmers agreed to host bee boxes on their farms, cared for by a group of women – Mujeres polinizadoras de Tingambato — many of whom are associated with the cooperative. The group received formal training; they breed queen bees in order to assist bee population growth in the area and also harvest honey. In 2017 the group reported production of more than 1000 liters of honey from over 80 bee boxes. When asked about the roots of the project, one group member: “[Bees] help the environment a lot. They are fundamental. They pollinate – they pollinate the fruit in the field.” She is correct: according to Greenpeace, at least a third of our food depends on pollination from bees.

Both through growing organic avocados, and through supporting efforts like beekeeping initiatives, PRAGOR provides an inspiring example of a sustainable business. THE POTENTIAL OF AGROFORESTRY, SOIL AND BANANAS

EL ORO, ECUADOR – Whenever we’re asked about soil health and bananas, the first person who comes to mind is our friend Rubén Fernández, an agronomist who works for AgroFair, a Netherlands-based fair trade company. Rubén provides technical services to farmer-members of the Ecuadorian banana cooperative AsoGuabo. We’ve met with Rubén to learn about his work with agroforestry farms; though EE does not purchase fruit from these farms, we hope Rubén’s work has the potential to increase access to agroforestry practices for all small commercial farmers.

Today, Rubén works as a general administrator for agroforestry projects with a focus on soil health and ecosystem maintenance, an area of work which he says can help boost small farmer productivity while reducing negative impacts of agriculture on the ecosystem. According to Rubén, the typical and conventional lowland monoculture banana farms, when compared with agroforestry systems, require more resource input, including more cycles of fumigation against the devastating plant disease Sigatoka, increased water usage, and higher costs for farmers. While agroforestry is a traditional form of food production in tropical climes, it is also being studied for cutting-edge applications to improve commercial practices.  In 2016, Rubén’s team launched an experiment to observe the results of mycorrhiza application, taking samples of the fungus from agroforestry farms and inoculating lowland farm soils. The team preliminarily found that the plots inoculated with mycorrhiza showed increased root mass, assisting in nutrient uptake, reducing irrigation needs and resulting in larger offspring of the banana plant.

Agroforestry has another critical significance amid our collective global scramble for climate change solutions: its potential to sequester carbon at an impressive rate, both in above ground biomass (i.e., in plants themselves) and belowground (i.e., soil and roots; see Toensmeier and Herren, 2016). Per Rubén, the soil on the agroforestry farms is richer than on monoculture banana farms, with high levels of porosity and aeration, and more or less 40 centimeters of soil organic matter. “When carbon is captured, automatically the issue of climate becomes more favorable,” says Rubén, noting that in addition, healthy soils filter pollution and break down toxins. One personal observation bears mentioning: while a conversation with Rubén can be science-heavy, his passion is inherently social: “Soil health – I define it as the soil’s ability to function as a living system to maintain biological production, promote environmental quality and maintain animal and human health.” That definition leads him to work towards the benefit of small farmers and their products as an integral part of a healthy and harmonious ecosystem.

In the fair trade world, farmers form the backbone of the supply chain and are…