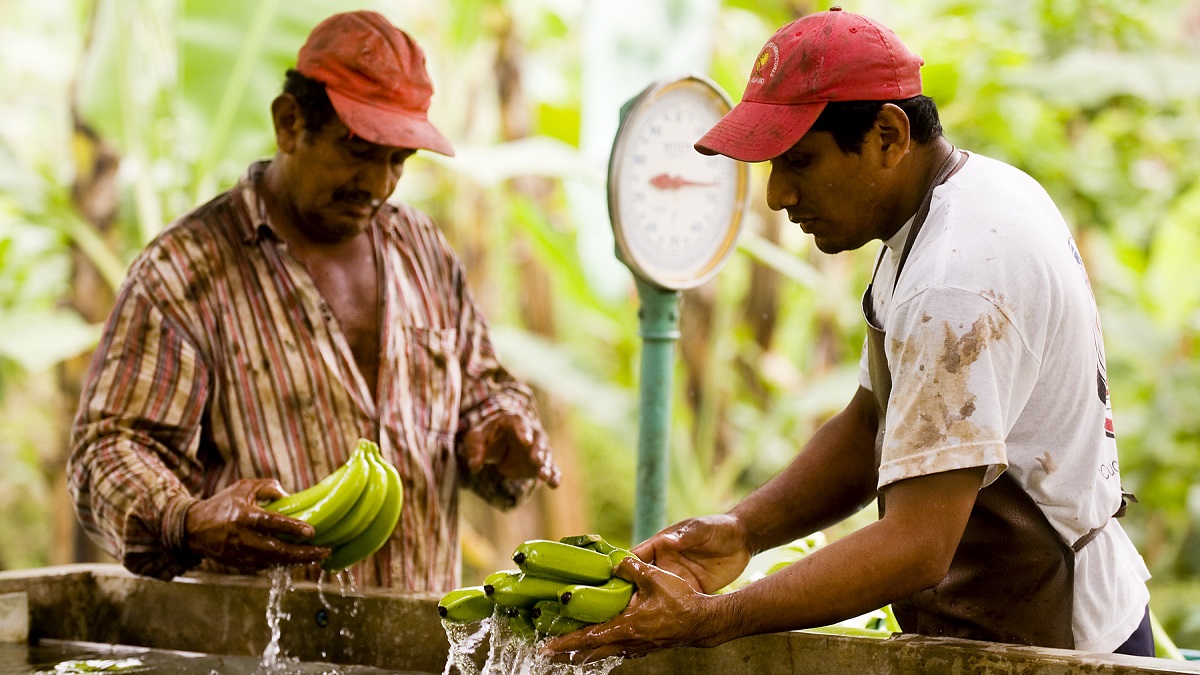 Last year, Deepak Khandelwal wrote critically about fair trade certification and the contradictions of its apparent success. I would like to dive deeper into that conversation below.

On the one hand, fair trade food (less so handicrafts) is more widely known, with greater sales and distribution than ever before. At the same time, the pioneering Alternative Trade Organizations (ATO’s) who built the model of more just trade terms in the chocolate, coffee, tea, banana, handicraft, and clothing industries are under extreme duress. In the last decade Equal Exchange has saved three of these Alternative Trade Organizations (Oke USA, Equal Exchange UK, and La Siembra (Canada) while watching others falter and even close.

We now exist in an environment where multinationals deliver some version (sometimes weak,sometimes real, and sometimes fake) of fair trade through being endorsed by various certification schemes which in fact live off the revenues gained by that endorsement. This circular system has commodified fair trade, lowered standards, and confused consumers with a morass of schemes, standards, and logos. Perhaps the greatest negative impact of certification/commodification/corporatization of fair trade has been to present the market as a solution to poverty, unfair trade, and exploitation. At the same time, certification/commodification/corporatization has put activists to pasture and asked consumers to simply consume.

Lost in this process, has been the work of alternative trade organizations. What do organizations like Equal Exchange, SERRV, Ten Thousand Villages, Marketplace, or Oke USA do?  How much do their operations really differ from what Dole or Hershey’s or JAB do when they add fair trade products or buy companies that use fair trade as a marketing attribute?

Alternative Trade Organizations, like economic alternative organizations in healthcare or housing, do several things differently and ultimately create completely different economic and social relations due to their mission, structure, management, and culture.

On a broad level, like their cousins in the housing or health care area, Alternative Trade Organizations:

c.            Involve producers and citizens in new forms of ownership and control

A multinational or a recently purchased new pet of a multinational can rarely do the market intervention of breaking rules and changing terms of trade.They often claim this accomplishment but don’t deliver. Corporations are opposed to and incapable of involving producers or citizens in new models and likewise, they are not capable of changing social relations.

In the next couple of months, we are going to host two fair trade friends we admire (MarketPlace, Ten Thousand Villages) on our webinars. Our goal is to learn more about what they do, how they do it, and how it differs from what the market in general or even more responsible corporations end up doing. These same issues resonate for Equal Exchange.  We look at these questions all the time and evaluate how effectively we are doing on breaking market rules or creating new producer or citizen-consumer models.  Often we grade ourselves harshly.  In that process, we have perhaps not done enough to communicate the importance of everything we do to those of you who so strongly support us.

Intervening in the market and “playing” in the market is really challenging.Doing that for the benefit of those who are the most exploited and have the least control over the market is a contradiction.Equal Exchange and other ATO’s are built to do this.It is our mission. It is in our core DNA.Breaking the rules of the market while being in the market requires commitment, culture, and dedication. Ultimately none of us can succeed without you as citizens, supporters, consumers and advocates. Supporting real fair trade organizations is infinitely more powerful and effective than buying passive fairish trade products from the main market system. We believe by taking the time to look at how alternative trade organizations operate we will make your involvement in the Action Forum more effective and fulfilling.

We hope you can join us on Tuesday, February 13th at 7 pm EST for a webinar with Pushpika Freitas, President of MarketPlace: Handwork of India.

If you’re not already an Action Forum member, fill out the application here. (It’s a simple process!) As a member, you’ll get access to our online discussion forum, future webinars, and other exclusive content.

Once you’re a member, you’ll receive an email invitation to register.