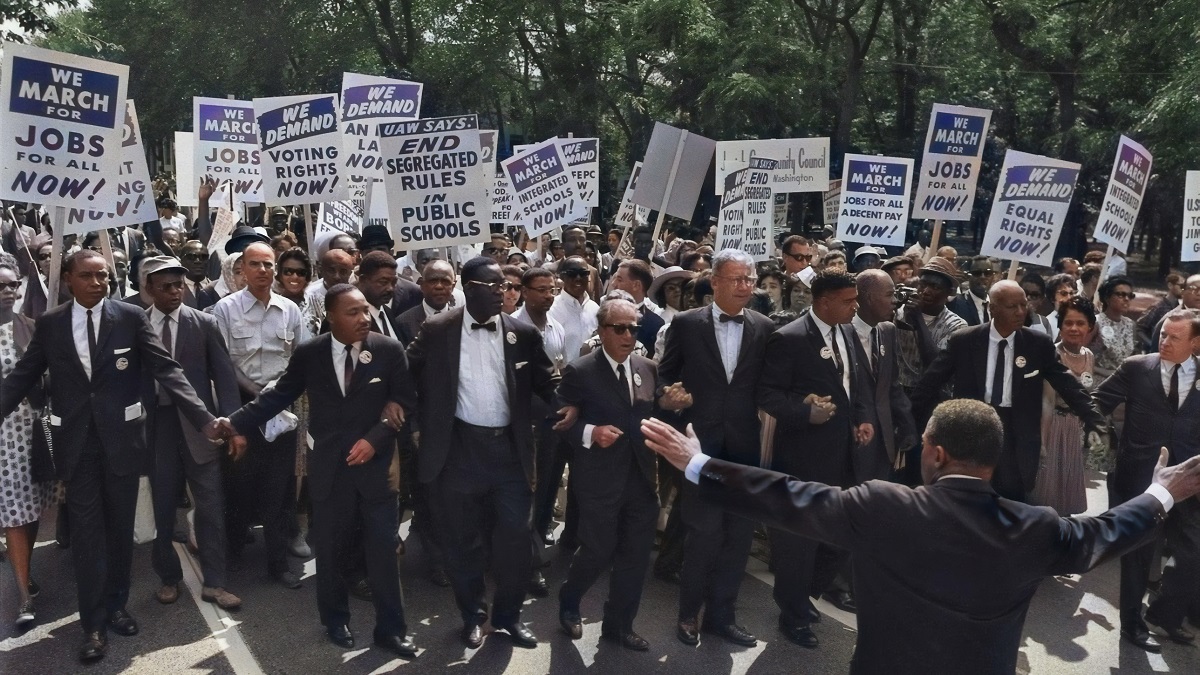 Each January, against my own better judgement, I sit down and write out my resolutions for the coming year. I reflect on the previous 365 days, and resolve to be better and to do better. Often times, these aspirations involve food, so I research and plan how I might alter my methods of food consumption to effect positive change in my life. Food, which has become as much of a technical object as a cultural one, is an incredibly important part of our lives. In deciding how we nourish ourselves, we make decisions that are simultaneously nutritional and environmental, political and economic.

As time passes in January, and my motivation begins to falter, I begin the other annual tradition of abandoning those things which I was so passionately committed to achieving a few weeks earlier. This usually coincides with a long weekend, culminating with a holiday in remembrance of Dr. Martin Luther King, Jr. As I lay there snacking guiltily, scrolling through my timelines on various social media platforms, I am comforted by all of the quotes describing dreams, justice, and nonviolent resistance. For a moment, I consider that perhaps this year will be different.

In an essay titled “The Dangerous Road Before Martin Luther King,” James Baldwin describes two opportunities he had to meet King. During the first encounter, Baldwin attends a service at King’s church in Montgomery, Alabama. The King that Baldwin aligns with the narrative of King that we have grown so familiar with: humble, kind, and inspiring.

Baldwin and King next cross paths in Atlanta, Georgia, three years after the first encounter. King faced many personal struggles during those three years, including legal battles in Alabama and Georgia, and an attack that left him severely injured. Baldwin depicts a much different King during this meeting, a more tormented one, yet one still retaining the aforementioned compassion and resolve. Moreover, Baldwin recounts the development of the student movements of the American civil rights era. He writes that, “It is the sons and daughters of the beleaguered bourgeoisie […] who have begun a revolution in the consciousness of this country which will inexorably destroy nearly all that we now think of as concrete and indisputable.”

Opposite this nascent revolution was the existing “publicized Negro leadership,” with goals described by Baldwin as “nothing less than the total integration of Negroes in all levels of the national life.” King was affiliated with this incumbent leadership, towards which the younger revolutionaries directed criticism, bitterness, disappointment, and skepticism. Baldwin sympathizes with the older leadership, acknowledging that, “It was not easy to wring concessions from the people at the bargaining table, who had, after all, no intention of giving their power away.” Nevertheless, Baldwin discusses a “dullness” among this older leadership, “the result of its failure to examine what is really happening in the Negro world—its failure indeed, for that matter, to seize upon what is happening in the world at large.”

It is this precarious position, caught between exciting change and an increasingly impotent status quo, that King finds himself in, and the inspiration for the title of the essay. Baldwin writes that, “King has had an extraordinary effect in the Negro world, and therefore in the nation, and is now in the center of an extremely complex crossfire.” Similar to King, I believe Equal Exchange now finds itself in a similar position as we continue to seek new ways to effectively execute our mission.

Equal Exchange began in the spirit of leadership committed to the meaningful consideration and involvement of small farmers in all levels of global society through fairer trade practices. Indeed, King was “hideously struck” by the effects of this exclusion, having traveled to India in 1957 and witnessing tremendous poverty that he described to Baldwin “in great detail.”  In the 30 years that Equal Exchange has been in existence, the food system has continued to evolve in ways that perpetuate the marginalization of small farmers in the Global South.

Today, we are surrounded by food products that boast of “quality,” “safety,” and “sustainability.” These are incredibly important attributes to seek out, but we have grown accustomed to simply looking for a seal or certification associating these terms with the products we consume, and in the process their meanings have started to grow “dull.” This dullness, I believe, is similarly related to their inability to accurately reflect to consumers what it takes to produce goods that truly embody these characteristics.

It is easy to solely emphasize the myriad examples of what our food system does not currently get right. I do, however, feel that we are in the midst of exciting cultural transformation. Closing his essay, Baldwin leaves us with the following:
“For everything is changing, from our notion of politics to our notion of ourselves, and we are certain, as we begin history’s strangest metamorphosis, to undergo the torment of being forced to surrender far more than we ever realized we had accepted.”

Change can be daunting, but it is not something we have to endure in isolation. Equal Exchange’s business model boldly demonstrates the possibility of more collective and cooperative forms of engagement within our societal institutions. In a food industry rife with opportunity for transformation, we must resist the urge or tendency to let our work and our message grow dull.

As I scroll through my social media feeds this year, things feel different. In between quotes from King I see articles from Black Lives Matter and The Movement for Black Lives. I see collections of photos from friends and family commemorating the one year anniversary of the Women’s March, as well as the courage to declare #MeToo and “Time’s Up”. I double tap events held by members of my community organizing for immigration and prison reform. I experience chills at the fact that in the same place where King, as Baldwin describes, “found himself accused, before all the world, of having used and betrayed the people of Montgomery,” we now celebrate a demonstration of what is possible in the era of Trump when informed, empowered individuals show up and participate in the democratic process.

How we eat matters. The recalcitrance of old, bigoted norms and values can be surmounted. We do not have to stand idly by in the midst of a system producing calorically dense, nutritionally poor products via a network of ever-consolidating firms. It is possible to create a food system where we are not just defined as workers and consumers separated from producers. We can create alternative institutions that involve more ownership, citizenship, and partnership with one another in ways that are not rooted in subjugation and exploitation. The assassination of King in 1968 demonstrates just how perilous the work of striving for justice can be, but his legacy lives on and we continue to draw upon it for inspiration each January.

I am convinced that this year can be different, and I encourage you to join Equal Exchange in exploring the ways in which we can become more meaningfully committed to doing this work. Take a moment to explore more of the information about Equal Exchange available on our website. Read through some information about our producer partners, join the Action Forum community, or browse the webstore for a gift for someone who may be unfamiliar with our organization. Together, we can resolve to continue striving to create food products that are truly safe, of high quality, and produced in ways that are socially and ecologically sustainable all throughout the supply chain.