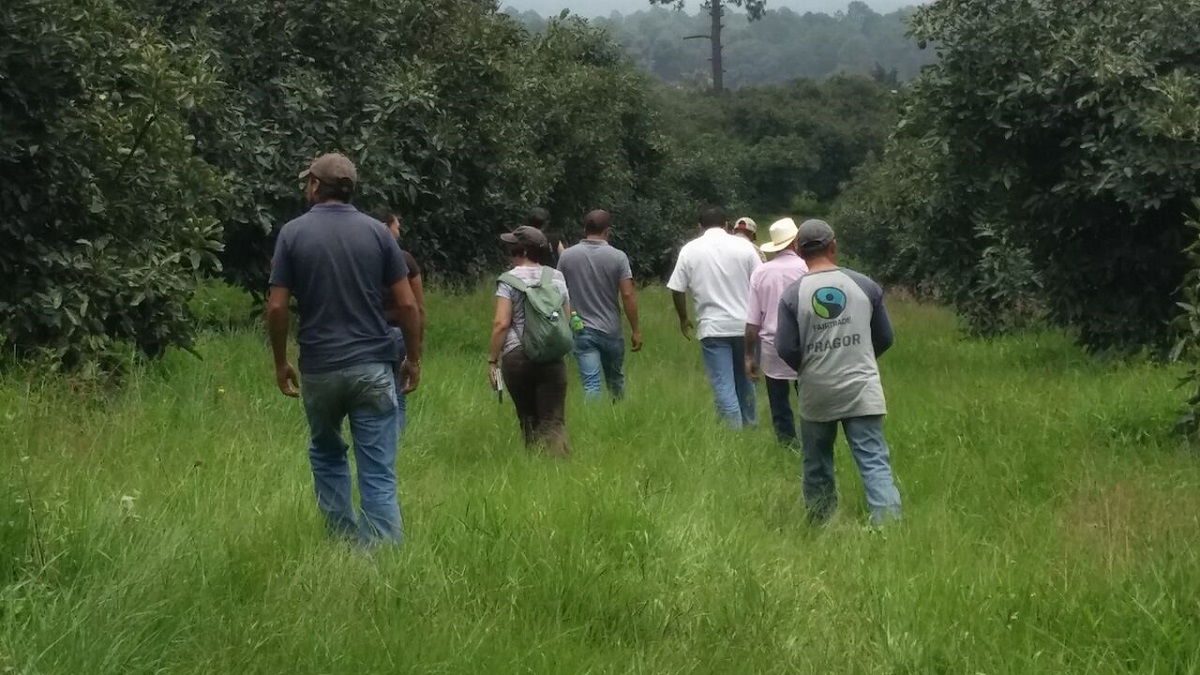 Time, it is something the modern-day shopper is not likely to have in abundance. Walking through the aisles at a grocery store, our senses are inundated. Everyone is trying to get our attention, our dollar, our buying patterns or demographics to add to their marketing research, so we can be placed in a box, minimized to a mere statistic. When we pluck a product off of a shelf, it usually ends there. Who out there really wants to take the time to get to know us, find out who we are? Turn customers into humans, statistics into conversations, aggregate data into community, and dollars into real change?

As one of the leaders in Equal Exchange’s organizing initiative that started a few years ago, my job has been to do just that. Humanize the food system, you. My job has been to imagine, in a world that idealizes technology over human interaction, self-interest over community, productivity over sustainability, and profit margins over our planet, that despite all odds, we can build something real. We can at least exist in this corporately dominated space as an authentic organization, with people behind it.

Our first year of this organizing work was a lot of learning, mistakes, missed flights, and late night conversations debating what the hell we were doing. It also included, for some reason–a lot of pizza. We spent this first year clarifying and developing what we were building. Our second year focused on our community, who are the folks who have been drinking Equal Exchange coffee and buying our products for all these years? We created spaces for them to engage in peer-to-peer learning, we showed up physically and virtually across the United States. We gathered together, some events with just a few people, others with hundreds. Each encounter left us inspired by everything folks were doing in their communities to build a better world, brick-by-brick. Danielle pictured left at an organizing event this past October at Equal Exchange’s cafe in Boston.

Now, going into our third year of this work, in addition to opening up our own democracy as a worker cooperative to active citizen-consumers, we are organizing this community into campaign work. Work that we not only see as vital to the future survival of Equal Exchange, but to an independent food system more generally. Large food conglomerates are changing the rules of the game, they have been for years. In recent years, this continued shift has seemingly left the independent food world devoid of oxygen. Independent companies are being bought everyday by larger companies that undermine their original vision, water down standards and practices, and negotiate terms that adhere to their own interests, solely in the name of power and profit.

This has led Equal Exchange to endorse the Food and Agribusiness Merger Moratorium and Antitrust Review Act of 2018(A tongue-twister for sure). Sponsored by Senator Cory Booker and Representative Mark Pocan, this bill would essentially act as a pause on mergers in the food economy, allowing it a moment to breathe. It would then formulate a commission that would for 18 months evaluate the impact of consolidation on the food system, and carve a path forward.

The bill is in the process of being reintroduced in the first-half of this year. New conditions have led the group working on this bill to believe there is a greater chance for it to pass, at least in the House, with your help. Consolidation across the board has increased prices for consumers, decreased wages and benefits for workers, strangled rural communities, while simultaneously setting record breaking profit margins. Power has shifted so drastically we believe power needs to be shifted back into the hands of the independent food economy, an economy that can no longer exist without your participation.

While we all seem to have a scarcity of time in our lives, time is necessary to accept our shared responsibility of this planet, this food system, and the families and communities of which we are a part. This work is not easy, it is complex, and time and energy is what it will require. I invite you to email me, get angry, get curious, whatever you do, get involved. Giving Chocolate to Your Valentine? Avoid the Three Ss

Slave labor. Soy lecithin. Sugar-overload. You wouldn’t want to give chocolate to someone…

Do you know where chocolate comes from? Have you ever seen a cacao bean or…