A Call for Justice in the DRC 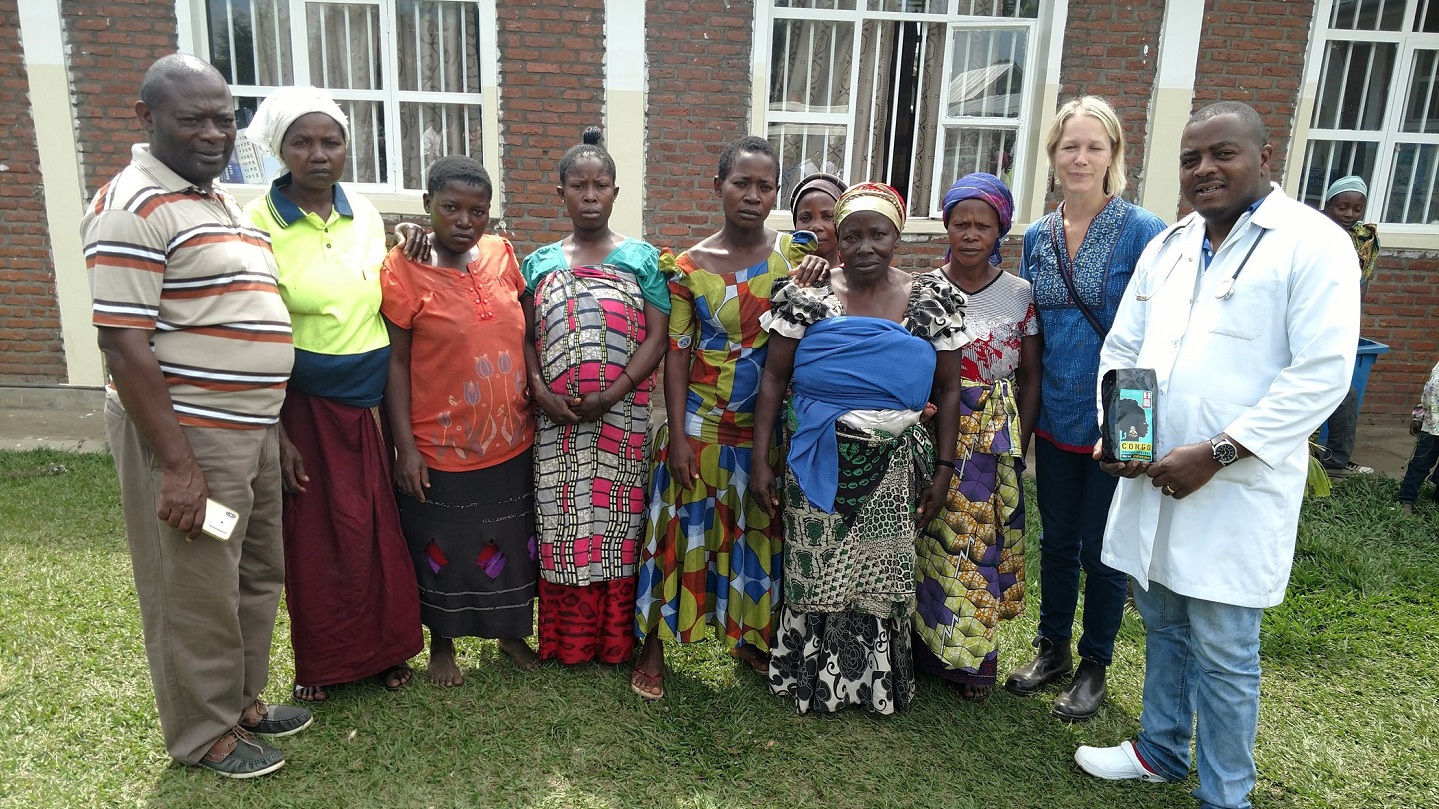 In 2019, Dr. Denis Mukwege won the Nobel Peace Prize for his work with survivors of sexual assault in the Democratic Republic of Congo. He’s a powerful voice for accountability and justice to help his country move forward from decades of conflict. His calls for peace have resulted in numerous death threats—threats that have become more serious and frequent this fall.

Dr. Mukwege, a gynecologist, advocates for an end to the use of sexual violence as a tactic of war around the world. In DRC, militia groups commit rape to destroy communities and assert power. Women, men, and children who are survivors face stigma and often lack access to medical care and after-care services. Dr. Mukwege and his staff at Panzi Hospital address this by using a holistic healing model that allows survivors to rebuild their lives. Through the Congo Coffee Project, Equal Exchange partners with SOPACDI, a Congolese coffee-farming cooperative, to raise money for Panzi and its associated clinics.

As part of his advocacy, Dr. Mukwege has pushed for the implementation of the recommendations of the Mapping Report, published by the Office of the UN High Commissioner for Human Rights (OHCHR). In 2005, the discovery of mass graves in DRC led OHCHR to conduct research. They eventually documented 617 incidents of violence. These incidents may amount to war crimes, crimes against humanity, and crimes that could constitute genocide.

Though the report suggested that mechanisms of transitional justice should be implemented, its recommendations haven’t yet been put in place. A decade has passed since the Mapping Report was published, and Dr. Mukwege’s calls for peace and justice put him and his family at risk. For several weeks in fall of 2020, he’s been the target of an intimidation campaign on social media and offline. He’s received death threats directed at him and at his loved ones.

Survivors of sexual violence in DRC (many of whom were treated by Dr. Mukwege) initiated a petition addressed to UN Secretary-General António Guterres. Amnesty International and other human rights organizations have endorsed the petition — and Equal Exchange has signed it. Together, we call for the United Nations to work with the government of DRC to take action by implementing transitional justice mechanisms. This could include an International Criminal Tribunal (similar to those convened for Rwanda and the former Yugoslavia). Or, it might take the form of “specialized mixed chambers,” establishing a national Congolese court to prosecute these crimes alongside members of the international justice community. International participation will prevent political interference and corruption, and ensure that staff have the relevant skills and experience to prosecute these severe and complicated cases.

You can join Dr. Mukwege’s fight for justice by signing the petition. Visit the Panzi Foundation to read more about the Mapping Project and the threats to Dr. Mukwege’s safety.

We’re grateful to all the U.S. coffee drinkers who have backed the Congo Coffee Project since it began in 2011. Our partners at the SOPACDI cooperative in the Democratic Republic of Congo, who grow fine coffee for the project, have worked to establish financial security for members of their community and increase the participation of women. And one dollar from every bag of fair trade coffee purchased through the project goes to the Panzi Foundation. Thanks to U.S. supporters, we’ve raised over $100,000! 2019 was our biggest fundraising year yet, bringing in $17,792. The money we raise together now goes to a clinic located in the region where SOPACDI is located, which offers general medical services and stigma-free treatment for those injured by sexual violence.

Like the rest of the world, DRC is dealing with the public health and economic repercussions of COVID-19, so your support is especially important right now. You can contribute by shopping for Congo Coffee Project coffee for yourself or a friend.