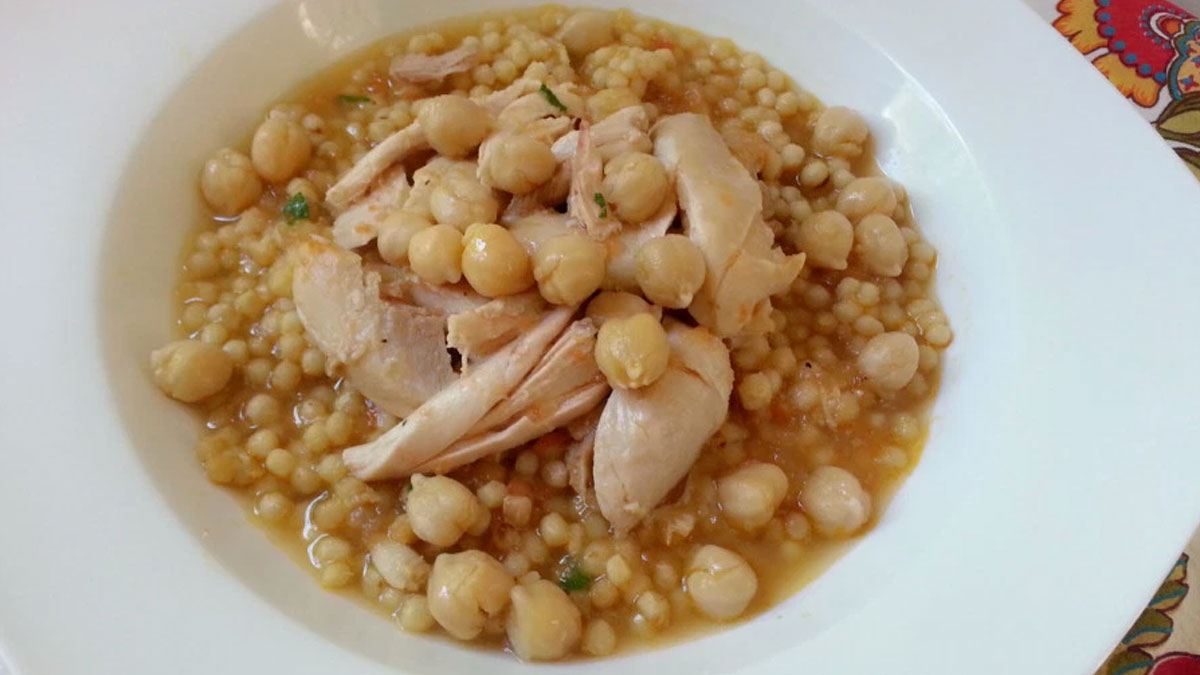 Maftoul, or Palestinian couscous, makes a great vegan or vegetarian filling as it cooks quickly…