Mole Poblano with a Fairly-Traded Twist 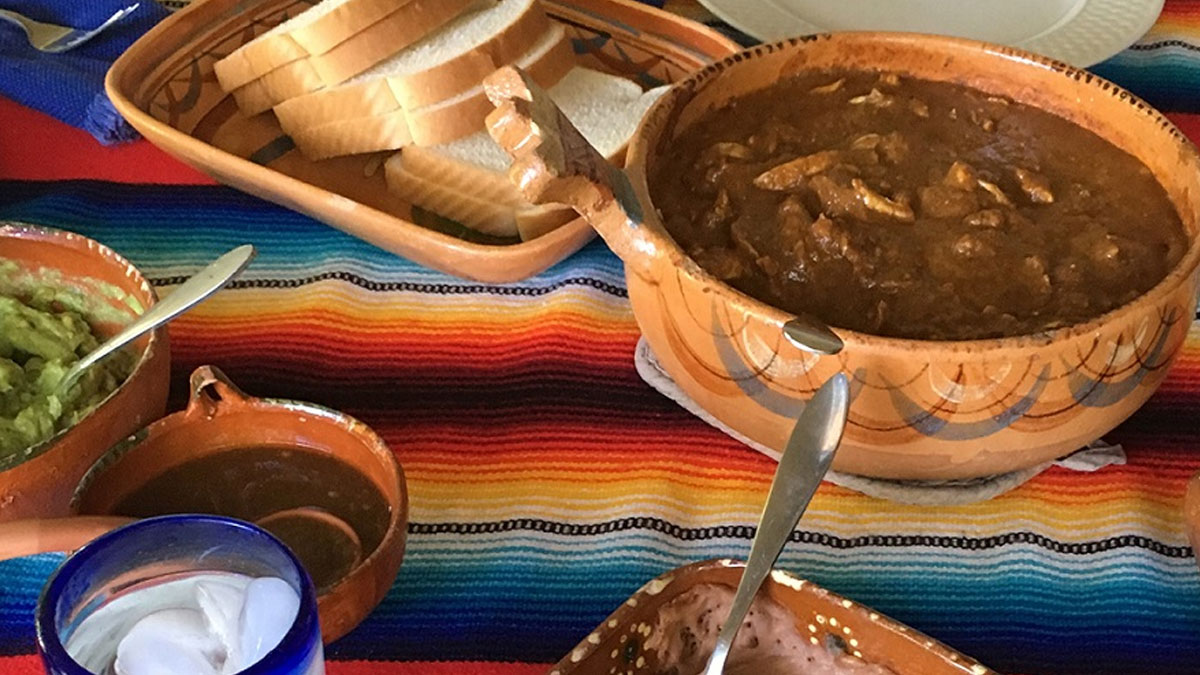 Pollo en Mole Poblano is a traditional Mexican dish of chicken simmered in a dark, spicy, chocolate-based sauce. This spring, Equal Exchange employees and our partners from Catholic Relief Services prepared three batches of mole — each slightly different — with fairly-traded and Organic ingredients. And the verdict was unanimous: ¡Que rico!

We love to cook almost as much as we love sharing stories. Read about our various mole journeys below. Then try out this authentic Mexican platillo in your own kitchen!

Here’s how to make our version: 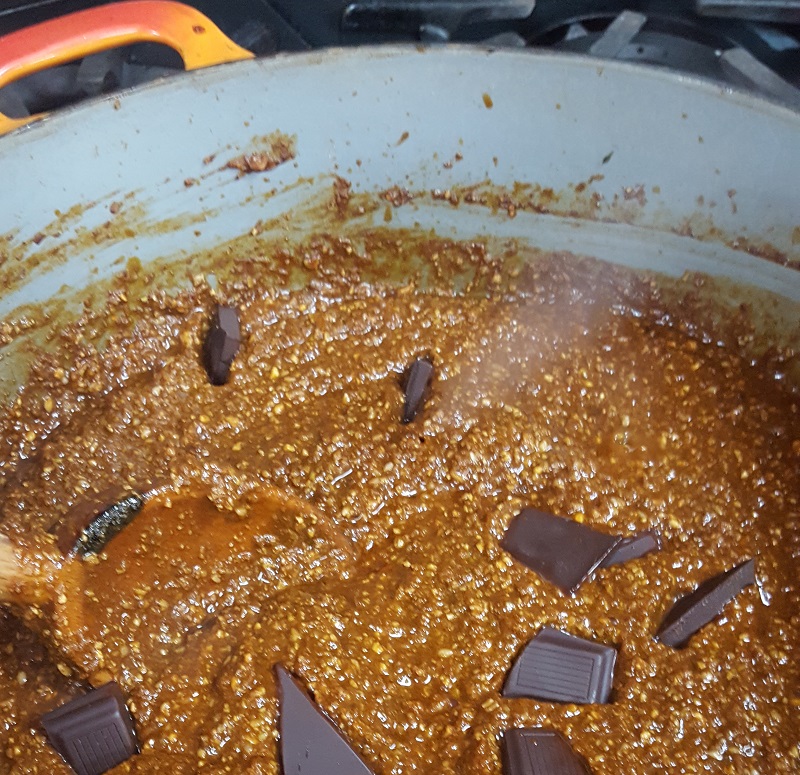 We had a lot of fun making this dish and recommend collaborating on a complicated, multi-ingredient recipe as a bonding exercise! But how did it actually taste? Our coworker Scarlett de la Vega Ochoa said, “That’s good mole–and I’m from Puebla!”

While my wife and I both grew up in Mexican households, we weren’t always taught how to cook the amazing comfort food of our childhoods. Part of our “adulting” journey has been reclaiming the delicious parts of our upbringing so that we can one day pass them on to our children and grandchildren.

In this spirit, we recently decided to give a fair trade twist to the traditional mole recipe. It was the first time either of us made the mole sauce from scratch and I’m glad to say that it didn’t disappoint! A half chicken smothered in a sauce of six different types of chilies, roasted vegetables, Equal Exchange Almonds, and Equal Exchange Baking Cocoa served with a bed of rice made for a delicious and ethical dish that we will be looking forward to sharing with family and friends for years to come.

Norma Valdez is a Relationship Manager in CRS’s Southwest Regional Office in San Antonio, Texas. She tried her great aunt’s secret family recipe, handed down for five generations. Like Sergio, Norma also used Organic Baking Cocoa and Organic Natural Almonds from Equal Exchange — a big departure from the peanuts the recipe calls for. Norma is under strict instructions not to share her recipe. It’s a secret!

But she shared the story:

My Tía Bessie was loved by all, very family-oriented and loved to cook; you could never go to her house without eating. She learned this recipe while living with her great-grandmother in Puebla, Mexico.

Tia made this mole for all special occasions, such as weddings, baptisms, quinceñeras, church related events, just like her great-grandmother did. The smallest amount she would make was six whole chickens. Later on when she and my Tío retired, they started making her mole for other people, but charged for it. She guarded her recipe more closely because there was another lady in the neighborhood who also made mole for large occasions, and charged.

She wouldn’t teach just anyone how to make it. In fact, I don’t know any family member she taught this to except me. But when she saw that I really loved to cook, and even took classes and cooked for her, she really wanted me to learn how to cook her mole.

She told me that when she learned, it was a whole day event because they had to prepare the chickens, meaning kill them, and clean them. She never liked that part, but they lived out on a farm and back then there were no meat markets like what we have today.

I have never used almonds before—Tía’s recipe calls for peanuts—but it came out OK. Not as good as my Tia Bessie’s but it was good, even according to my nephew and niece who only eat Tía Bessie’s mole. The cocoa was also good in the recipe.  I used less, because it was a good quality of cocoa.

Do you have a favorite mole recipe? Have you ever tried cooking a special dish with ethically-sourced ingredients? Tell us about it in the comments!

No dessert celebrates the holidays, friends, and family quite like a pie! Equal Exchange’s…

Love candy? When you make your own Fair Trade Almond Joys, you know exactly what…