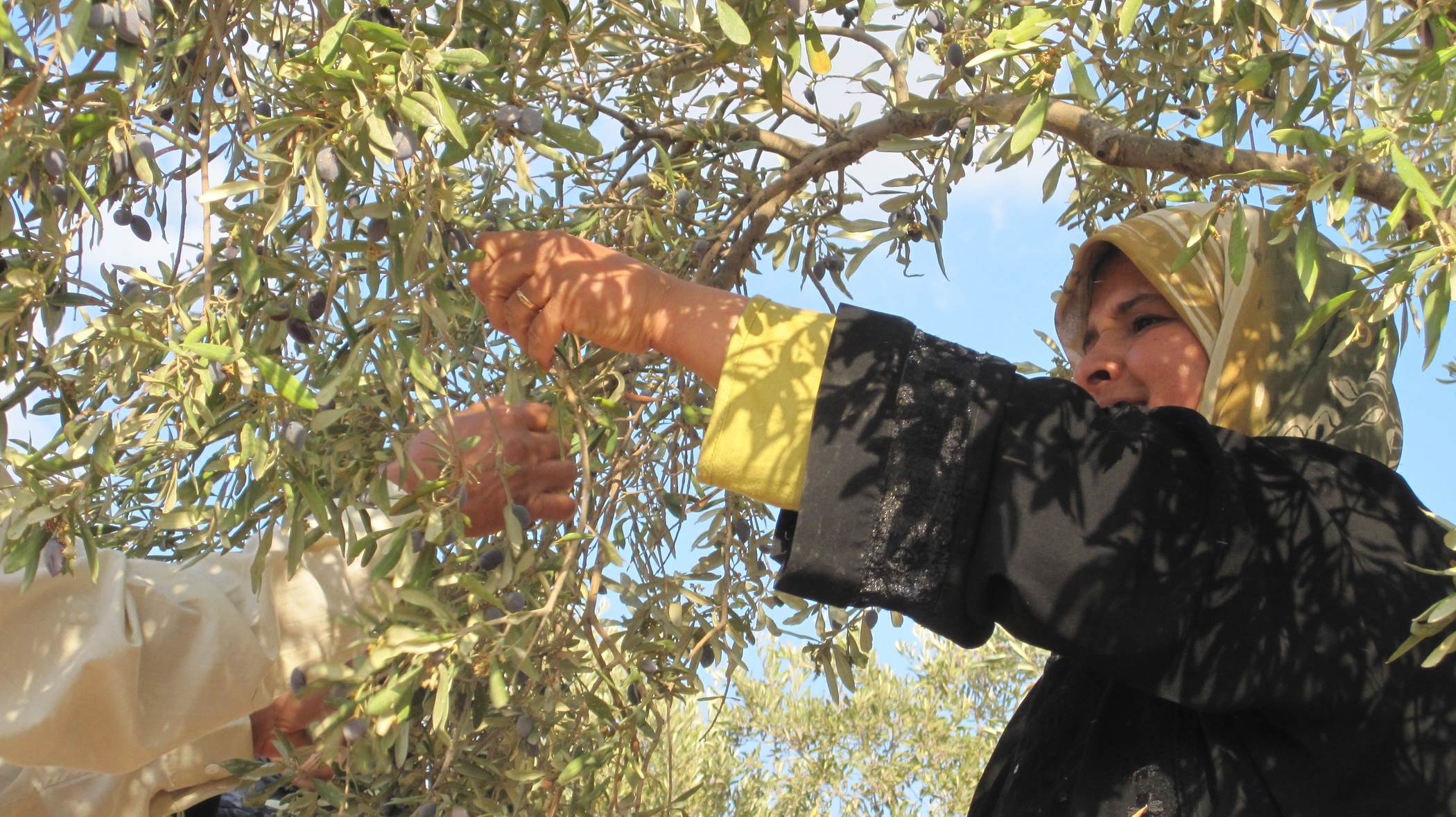 We’re proud to offer fairly traded, organic olive oil grown by small-scale farmers in the West Bank. We believe this olive oil is truly special, both for what it is as a product and for the story behind it. Watch the video below and read on to learn more!

In 2007, Jim Harb ​of ​Knoxville, Tennessee​, was asked to help start Olive Branch, a local non-profit social enterprise to support West Bank Palestinian olive farmers. His co-founder ​searched the internet and found Tania Maxwell, one of the first ​U.S. ​importers of West Bank​ olive oil. Tania and another woman interested in crafts had traveled by themselves to Ramallah in the West Bank on behalf of Palestinian rights groups, trying to find ways to assist Palestinians to survive economically.

Tania started an olive oil partnership with the Palestinian Agricultural Relief Committee (PARC) which she ran out of the basement of her home in Cambridge, Massachusetts, for over five years. ​Olive Branch started ordering ​cases of oil from Tania to supply ​Episcopal, ​Methodist​, Presbyterian​, and other​ congregations​​ in the southeastern U.S. that wanted to advocate peacefully ​for ​the ​Palestinian ​people.

When​ ​Tania retired ​in 2012 after five years, she asked Equal Exchange if we wanted to take up where she left off. We did. A few of us traveled to Ramallah and ​met with PARC leaders​, and we were convinced that continuing the partnership was​ vital​ work. Jim ​Harb ​and the ​congregations​ ​he worked with then became partners with Equal Exchange​, ordering ​thousands​ ​more ​bottles of PARC oil ​over the past​ ​​five​ years. ​Jim’s story demonstrates how ​an ​activist can help ​make a huge difference​,​ and how groups of ​individuals ​working together for social justice through their congregations​ can provide tangible support to people in need. Jim and congregants from the Southeast U.S. are part of the movement to help Palestinian olive ​farmers stay on their land, feed their families,​ and educate their children while ​working toward a better future.

Learn more about our olive oil >

Equal Exchange is proud to partner with the Palestinian Agricultural Relief Committee (PARC). For 37…

Why Two Kinds of Olive Oil?