Plastic, Chemical Bleach and Pesticides in Your Tea Cup? 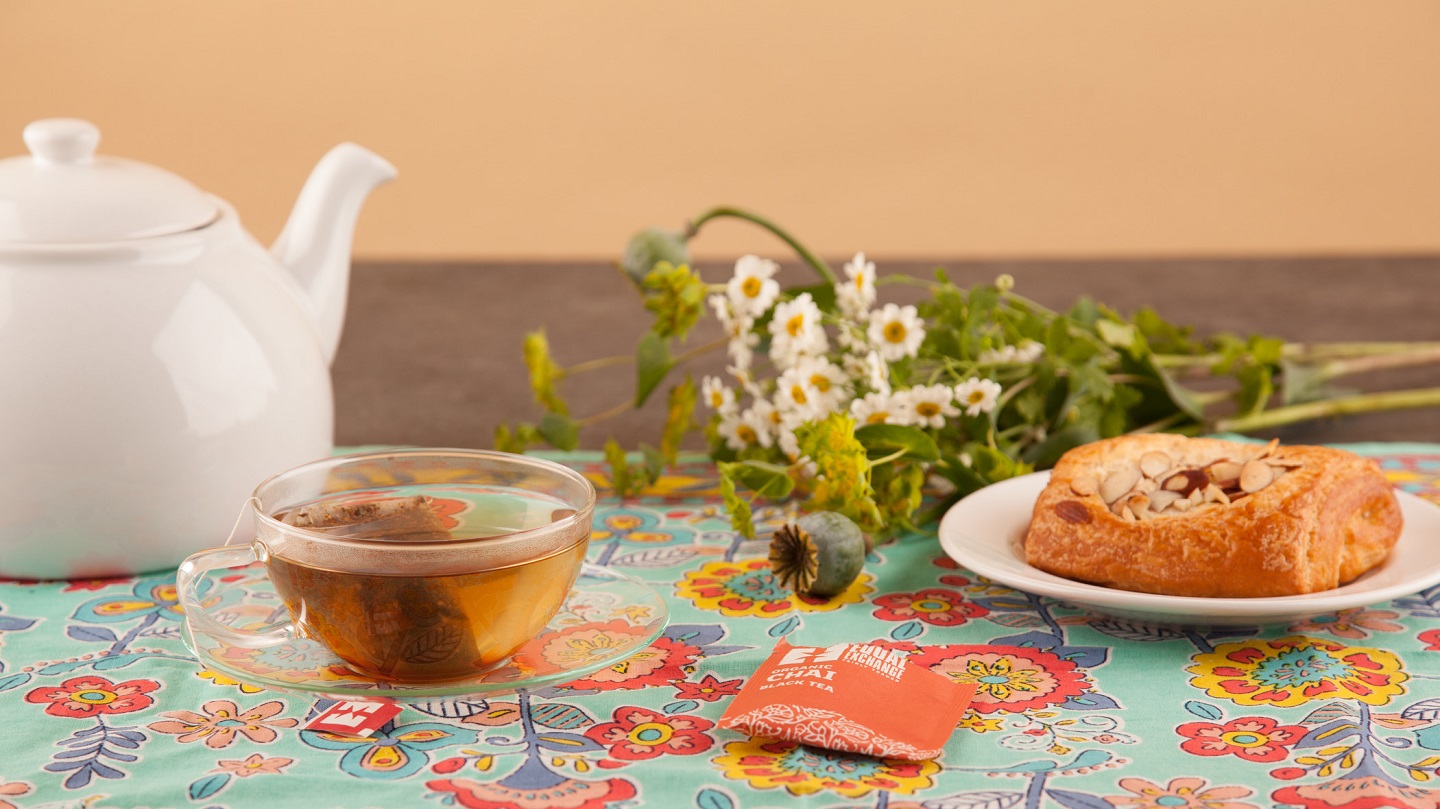 Is there plastic in your tea bag? What about trace amounts of bleach or pesticides? If you’re like most people, making yourself a nice cuppa at home probably involves a tea bag. You dunk the whole bag in boiling water and then allow it to steep until the tea is brewed. You remove and discard it when the tea is done — but it may leave behind more of a trace than you’d guess.

What Are Tea Bags Made From?

The earliest tea bags were sewn from cloth – usually muslin or silk. Today, they’re more often made from paper, which can be treated in various ways. And plastic tea bags are becoming more common, too. It’s easy to find out what’s INSIDE the bag – tea leaves, or herbs and flavorings. You’ll find a list of ingredients on the box. But manufacturers aren’t required to say how they make the tea bag or what it’s made from.

Have you seen plastic-mesh tea bags? Made with nylon and polyethylene, each bag is roomier than the traditional flat tea bag. What’s the problem? The plastic doesn’t stay put.

A study conducted at McGill University in Montreal showed that steeping a single plastic teabag at standard brewing temperature causes approximately 11.6 billion microplastics and 3.1 billion nanoplastics to be released into the cup (source). What happens to these tiny particles of plastic next? You ingest them – they enter your body along with the tea!

And when you throw away the tea bag, the rest of the plastic goes into the landfill. That’s a problem, too.

Maybe old-fashioned paper tea bags are starting to look like an attractive option. Paper is made from organic material — wood or vegetable fibers that don’t leave behind microplastics or nanoplastics. So far, so good. But a lot of manufacturers want the paper they use for tea bags to be white. They make that happen through a bleaching process.

Paper-makers use a chemical called chlorine dioxide to bleach pulp. It breaks down the substance that gives the fibers color, leaving the pulp white. Despite the claims of some paper manufacturers, paper bleached with chlorine dioxide is not completely chlorine free – chemicals called dioxins can still be found in the pulp. According to the CDC, chlorinated dioxins have been found in tea bags made from bleached paper at concentrations up to 4.79 parts per parts per Trillion (source).

Another chemical to watch for in tea bags is epichlorohydrin. Some manufacturers are treat their bags with this compound to make them stronger when wet — but it’s a carcinogen.

Beyond the Bag: Organic is Important

The tea bag isn’t the only potential source of contaminants in tea. Did you know that tea leaves are never fully washed between the harvesting and manufacturing stages of tea production? Tea is often planted as a monocrop and, if not grown organically, the plants are sprayed with intense pesticides. If the tea you buy is not organic, chemical residue may end up in the cup.

How to Keep Plastic Out of Your Tea

For an unadulterated cup of tea, make sure it’s organic. If you want the convenience of tea bags, look for toxin-free bags that are not bleached with chlorine and are made of natural fibers.

Equal Exchange partners with farmers who grow using organic methods. They use companion planting, natural pest deterrents, and composting to nurture the soil instead of spraying lots of pesticides. Learn more about our tea process here.

The paper in Equal Exchange tea bags is made from all-natural abaca, a fiber derived from a species of banana plant. Instead of chlorine bleaching, we use a process called oxygen delignification. Our tea bags do not contain epichlorohydrin, nor are they treated with this substance. We’ve chosen an organic cotton for the string of the tea bag. And it’s sewn together — there’s no glue or metal staple to give your tea a funny taste. Equal Exchange’s tea bags are dual-chambered, for a superior steep. Try our range of organic and fair trade teas in green, black and herbal.

You want tea in your mug – nothing else!

Learn about food and fair trade — and get first dibs on coupons and special offers! Sign up below for our twice-monthly email newsletter.

Travel Tips from the Women of EE

Looking for travel tips from the experts? We love traveling – and it’s a big…

When you’re shopping for coffee, you will find that it comes in all kinds…