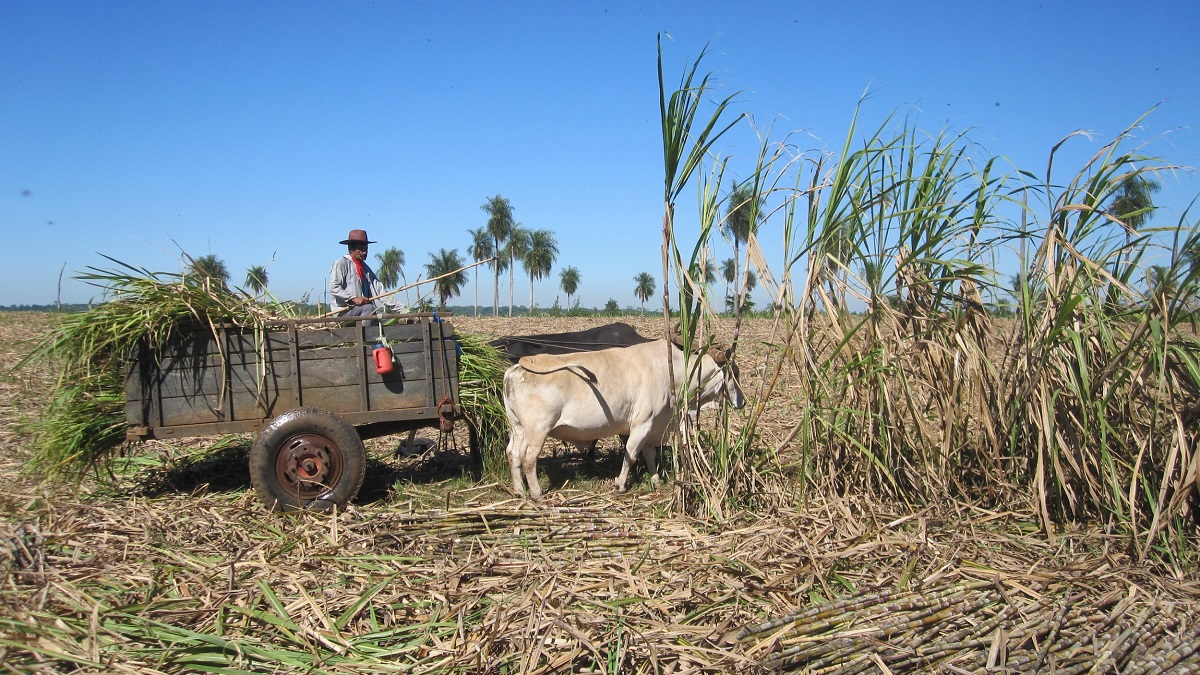 It seems like such a simple thing. The essential ingredient we so often buy in the U.S. that ends up in something delicious that makes us happy – a morning cup of coffee, a celebratory cake, or a pan of brownies.

The reality is, sugar is far from simple. We could dedicate a lot of space to the disconnect between small-scale farmers and the market due to the control of export by large sugar mills that have all the power at source. Or, we could highlight the continued labor abuses on sugarcane plantations as graphically detailed 10 years ago in the documentary, “The Price of Sugar,” which depicts the plight of Haitians who have been lured into a form of indentured servitude on sugar plantations across the border in the Dominican Republic.

We aim to cover some of this in future blog posts, but today we want to look at something that we see so blatantly on a yearly basis when we work to import sugar from small-scale farmers into the U.S.: the manner in which corporate sugar barons have manipulated trade policy to disproportionately benefit themselves at the expense of smaller producers, including thousands of peasant farmers around the world. U.S. shoppers who might be inclined to support small-scale farmers have little choice and pay far more than they should due to a complicated system of price supports and duties. So let’s dig in a bit more.

The U.S. sugar industry has long used money and political clout to protect and grow the industry, as exemplified by the discovery last year that the sugar industry paid scientists in the 1960s to place the blame for heart disease on saturated fats instead of sugar, influencing decades of U.S. health policy.

Today, the sugar industry focuses money and resources on political lobbying to prop up domestic sugar prices and control sugar imports from cheaper sources. In large part due to the outsized donations and influence from the sugar industry, the U.S. Department of Agriculture enacts a complicated sugar policy with price supports and quota systems that elevate U.S. sugar prices above world market prices – sometimes two-to-three times higher than the world market price.

On the surface, this policy appears sweet and maybe it’s not so bad for our health if sugar is not dirt cheap. Supporting U.S. production keeps cash, investments, and resources domestic, and Equal Exchange is are all for that when it helps local economies and local communities. Digging a little deeper, however, the effects may have a bitter outcome.

These protected American producers are not necessarily small-scale operations and often the benefits land in the hands of a few who have disproportionately high influence over the industry. And, American consumers end up paying higher prices for sugar and sugar-containing products at the grocery store.

Current policies can be traced back to a relatively small number of key actors. Arguably, the most significant actors are the Fanjuls. The Fanjul family co-owns the world’s largest sugar refinery here in the United States and are significant names behind big companies like Florida Crystals and Domino. In the 1980s, the Fanjul sugar barons outgrew Florida and expanded production to the Dominican Republic. Today their Dominican company, Central Romana, is the largest private landowner and employer in the D.R. This company has been fined numerous times for labor law violations and mistreatment of their workers, many of whom are Haitian and Jamaican immigrants.

To protect their interests, the Fanjuls are major donors to lobbying groups and political candidates. Conveniently, their political ties are bipartisan: one brother is a Democrat and the other is a Republican. Before the 2016 presidential election, they hosted benefit dinners for candidates Hilary Clinton and Donald Trump. Historically, the Fanjuls have even hosted presidents at their 7,000-acre Casa de Campo resort in the D.R. Some of the policies they influenced include federal health recommendations of sugar consumption, higher volume trade quotas with the Dominican Republic, and lowering environmental regulations in the Everglades. According to one environmental lawyer in a 2016 issue of The New Yorker, “Given the choice between buying a tractor and hiring a lobbyist, the sugar industry is going to hire a lobbyist every time.” Because of the Fanjuls’ dominant presence, other sugarcane growers in the United States and around the world struggle to compete.

These trade policies impact organic and small-scale farmers in a big way. Equal Exchange’s producer partner for sugar, Manduvira co-op in Paraguay, emerged as an alternative to conventional sugarcane plantations, supporting over 1,000 small-scale producers to grow organic sugarcane. Like its neighbor Brazil, Paraguay also suffers from deforestation in its Atlantic rainforest due to rising agricultural pressures. Unlike its neighbor Brazil, Paraguay has a higher proportion of its population living in rural areas (40 percent of rural residents in Paraguay compared to 14 percent in Brazil). This results in a higher proportion of Paraguayans who are still dependent on agriculture, such as sugarcane, as their main source of income and subsistence.

Sugarcane in Paraguay has become yet another industry that denies access to the small producer. Major sugar refineries in Paraguay own their fields and only purchase from outside producers after all their company sugarcane is processed, and only if there is a high enough demand – often long after the small farmer’s ideal harvest cycle.

In 1995, members of Manduvira worked together to establish Fair Trade certification for sugarcane and sell their product cooperatively. They have been so successful that today, Manduvira built and manages its own mill for its own sugarcane production, making it the first and only organic sugar mill owned by small-scale farmers! Their accomplishment serves as an example, not only for Paraguay, but also for the international cooperative community, and is one way to combat global sugar giants. Equal Exchange is committed to our partnership with Manduvira, and we work diligently within the context of biased policies and costly tariffs to import their sugar.

For the small-scale farmers that have put their heart and soul into Manduvira, to access the U.S. market Equal Exchange has to work with Manduvira to navigate the U.S. sugar quota system. Organic sugar is considered a specialty sugar and there are five specialty sugar windows in which it can be imported each year.

Manduvira’s sugar needs to arrive at a U.S. port, in this case it’s New York, during a sugar window so it can be cleared. To get it to New York on time, it needs to get on a river barge from Asuncion, the capital of Paraguay, to make its way to the ocean where it will be loaded on an ocean vessel bound for New York from Montevideo, Uruguay, or Buenos Aires, Argentina. This trip can take 40-60 days depending on how smoothly all the pieces line up, so to have the sugar land during the sugar window is often a bit of a miracle given all the external factors.

If the product arrives on time, Manduvira sugar is then competing with many other companies trying to access the window and there is a limited amount of sugar allowed with each window. After all of that effort, the sugar may end up entering the U.S. at a high duty rate or only a percentage of the shipment will access the low duty rate if the quota is prorated amongst all the people accessing the window. When this sugar doesn’t get in at a low duty rate, which has certainly happened, it is pretty much impossible for Manduvira’s sugar to compete and be viable in the U.S. market.
While getting a little in the weeds on the importing side of business, this demonstrates the real systemic challenges small-scale sugar farmers face, whether that’s in Paraguay or the United States. Power is concentrated in the hands of those with big money, keeping those who are marginalized by the system voiceless and poor. Despite the unlevel playing field, we are inspired by the members of Manduvira co-op and hope to see more stories like theirs.