Visiting A Primary Co-Op In Nicaragua 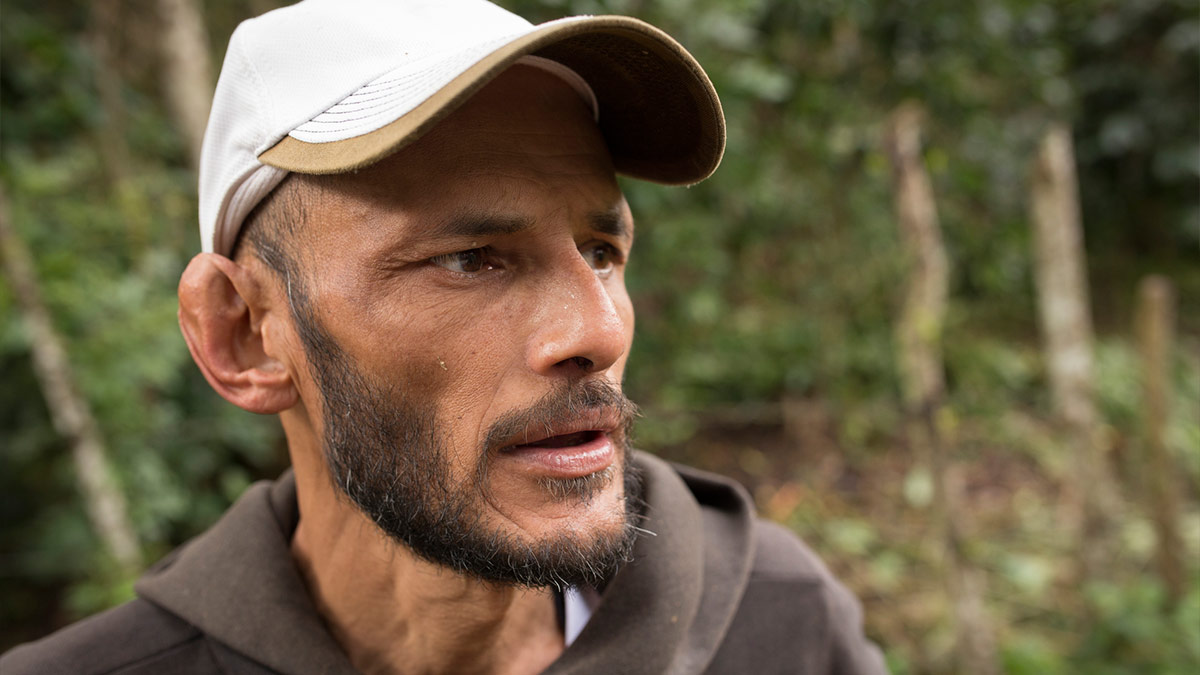 A conversation with Jose Alfredo Lovo Variegas, from a 2015 Equal Exchange delegation to Nicaragua.

In Dipilto, Nicaragua, a small community sits nested in the mountains right on the border of Honduras.

Houses perch on the mountainside along steep roads cut with deep grooves for traction, and mist hangs in the air like it’s situated mid-cloud. Here, the La Union community has grown around the coffee, which dominates the lush and hilly landscape.

Dense greenery rises in sharp inclines and falls into deep valleys, and coffee trees are everywhere. While these natural farms look wild, they are meticulously tended and maintained. Such high quality coffee thrives in its natural habitat, among shade, birds and diverse plant life. As organic farmers, the members of La Union co-op recognize and cultivate this natural relationship.

As a primary co-op, or association of small-scale farmers in a particular region, they are a part of PRODECOOP, the larger association of primary co-ops across Nicaragua. PRODECOOP’s size, resources and relationships are a real benefit to these remote farmers, and through them their coffee reaches the market and is sold at a fair price. We spoke to the coordinator of La Union co-operative, Jose Alfredo Lovo Variegas, who goes by Fredo, about the history and current state of the co-op.

According to Fredo, the co-op structure has had benefits beyond trade: “We started in the 90’s. After the war, we were so polarized as a country between the Contras and the Sandinistas. We had different approaches and opinions on how to do things. PRODECOOP integrated these two sides.”

PRODECOOP has evolved with Nicaragua, and while this community has grown coffee for generations, the market has changed:

“Our grandparents picked coffee, put it in sacks, sold what they could at the local market and that was it. In today’s global economy, if you don’t know anything about agronomy, it’s hard to survive.”

On keeping up with the global economy, he continued:

“It’s been a learning process. Now we have a more professional staff: the daughters and sons of producers who have studied agronomy and other subjects like accounting. We want our children to know where they came from, and to come back after college and use their skills here.” Keeping younger generations interested and involved in coffee farming is a challenge both as the world changes and as coffee growing itself becomes increasingly difficult.

“La roya is the strongest disease threatening coffee and it spreads fast. It has always existed, but it’s become stronger due to climate change. It used to be that there was no roya above 1,000 meters. Now, it grows above that. We’ve been badly affected and our production is down, and dealing with it is expensive.”

Like many farmers struggling with la roya, they have banded together to learn about means of prevention, rehabilitation and coexistence with the disease. The co-op has been able to provide some resources to aid these efforts, but it can be costly, and the money is not unlimited. Though times are difficult, Fredo recognizes that teamwork and the co-op structure have been critical to individual survival.

“Last year, like this year, the harvest happened too late and people were losing money. With only two months to harvest, we offered credit to farmers to help them survive. Then we harvested our crop together, pooled our resources and calculated our volume together to deliver to PRODECOOP.”

Being part of a Fair Trade co-op isn’t just about having a safety net, either. It also helps farmers invest in their futures:

“One of the advantages of Fair Trade is that you can use the extra money for your children’s education. When you’re partners with PROODECOOP you have access to different benefits. The Fair Trade system operates with a conscience.” Membership in the co-op also means that farmers share certain resources and responsibilities, from participating in democratic decision making to sharing equipment. A few years ago, members voted to buy a new depulper, complete with a washing station and a system to pitch coffee pulp back into the forest for compost.

Roberto Zepeda, on whose land the depulper now sits, paid a portion of the cost and the co-op resources covered the rest. Gradually, the other members paid back what was covered by the co-op credit – though some have yet to pay back their debt. Still, all of the farmers in the community are able to use the depulper, which is the first step in coffee processing. Without the co-op, paying the cost of this valuable new equipment up front would have been unrealistic or impossible for an individual farmer.

Coffee presents many challenges, but the farmers have relied on it for generations. Fredo explains, “Coffee is our sole source of survivial.” But they are hopeful, with faith in advances in organic farming, in their college educated children coming back with new ideas, and in their co-op.

“I trust in PRODECOOP because the same leaders have stood with us for nearly 25 years.  We won’t let PRODECOOP down because they have never let us down,” Fredo says. His determination, and the determination of the co-op, is clear.