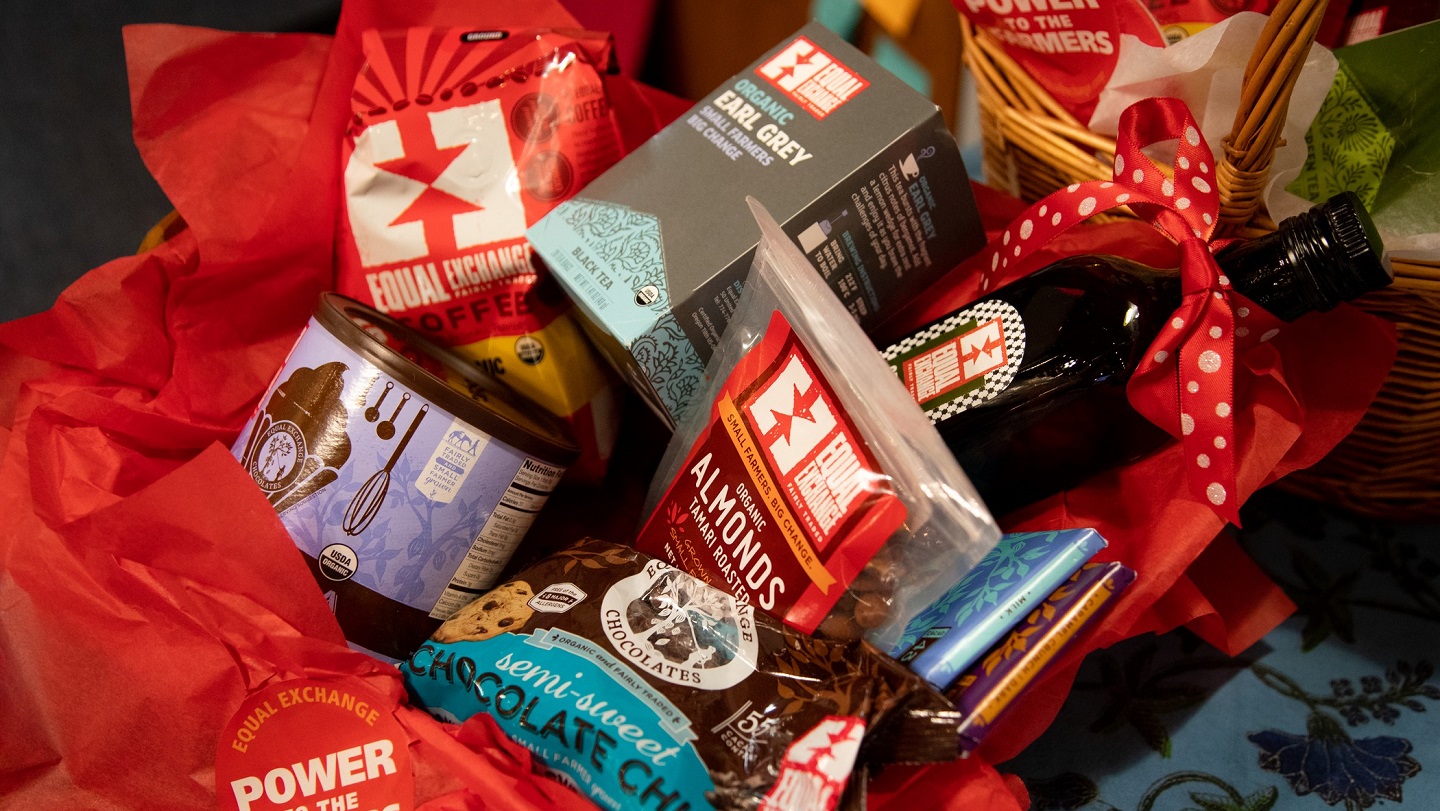 What Exactly is a Buying Club?

Faith-based groups have sold coffee, tea, and chocolate to assist small farmers through the Equal Exchange Interfaith Program for over two decades. These initiatives are, in fact, buying clubs, programs that live outside of the conventional commercial system and have their roots in solidarity and alternative economies. The network of church- and synagogue-based sales helped to establish and support an alternative supply chain for producers and consumers. It provides farmers with access to the marketplace and better prices than they would receive from the conventional sector.  During the current COVID-19 crisis, we’re leaning into the buying club model and encouraging all supporters of Equal Exchange to give this method of sharing fair trade a try.

Buying clubs direct consumer dollars toward economic entities that reflect their values. These clubs help consumers to bypass corporate entities and order online from smaller organizations that reflect a very different set of values, including dignity, cooperation, and community. They also link diverse democratically run groups and social change organizations together in a network of mutual aid. Interfaith buying clubs are also part of a solidarity movement for changing economic circumstances for poor people that started in the 1980s in Central and South America.

The Latin American solidarity movement was begun by progressive Catholic priests advocating for social justice for the poor. The priests were part of a movement called Liberation Theology, which helped the disenfranchised to gain an economic footing. The priests worked with committed Christian activists to create autonomous and locally rooted structures that would meet the basic needs of poor people.

The innovations that emerged from this movement were worker and producer cooperatives, neighborhood associations, child care cooperatives, health care clinics, and new forms of housing. This idea of a solidarity economy spread to Europe and the U.S. It helped to influence activists who were trying to reconceptualize new alternative channels based on social justice. Equal Exchange and other fair trade groups grew out of this tradition.

The Alternative Economic Tradition in the U.S.

In the United States, one of the first examples of alternative economic networks were pre-order food co-ops created by grassroots activists in the ’70s and ’80s. These initiatives circumvented supermarket supply chains to provide consumers with products that were not readily available at that time in mainstream markets such as granola, brown rice, and organic peanut butter. Some of these co-ops offered bulk food so that people could eliminate excess packaging which harms the environment.

Pre-order co-ops also incorporated another alternative tradition: autonomous seasonal farmers markets where consumers could purchase local, fresh and organic produce. These groups eventually helped to establish the many brick-and-mortar food cooperatives which could provide folks with the healthier, more sustainable food that they wanted at more affordable prices. These were the stores that first helped Equal Exchange get established.

Listen to our podcast episode about the groovy history of food co-ops.

The buying club model is in direct contradiction to the prevailing social doctrine that contends that human beings must constantly compete with one another for scarce resources and commodities, and that the ultimate goal is for each individual to maximize his or her individual gains. The truth is that there is room for countless methods for alternative economic interactions between human beings! Proponents of alternative economics contend that there are lots of different social relationships through which individuals, communities, and organizations can find a way to make a living. Organizer Ethan Miller, in an article about alternative economics, describes these structures as embracing “a plural and cultural view of the economy…with many different motivations and aspirations.”

How Groups are Using Buying Clubs during COVID-19

For almost 25 years, Equal Exchange has been moved and inspired by the faith-based folks who have organized Equal Exchange buying clubs in their churches and synagogues in order to support an alternative economic system. Many committed coordinators organize weekly or monthly buying clubs which they have sustained for years. This has resulted in thousands of places of worship playing an integral role in distributing Equal Exchange’s products to the wider community. By so doing, the faith-based community plays an important part in solidarity and alternative economic traditions. We hope to see this model catch on with more people — religious and secular — who care about bringing fairly-sourced food to their communities.

This is Part I of a series on buying clubs. Part II provides tips from successful club coordinators.  Part III is an interview with buying club organizer Dan Steinbauer. If you want more information on how to start a buying club of your own right away, give the Interfaith team a call. We can help you build a program in your community.

Ethan Miller, “Solidarity Economics: Strategies for Building New Economies from the Bottom-Up and Inside Out.” 2004.