Why Do Banana Farmers Organize? 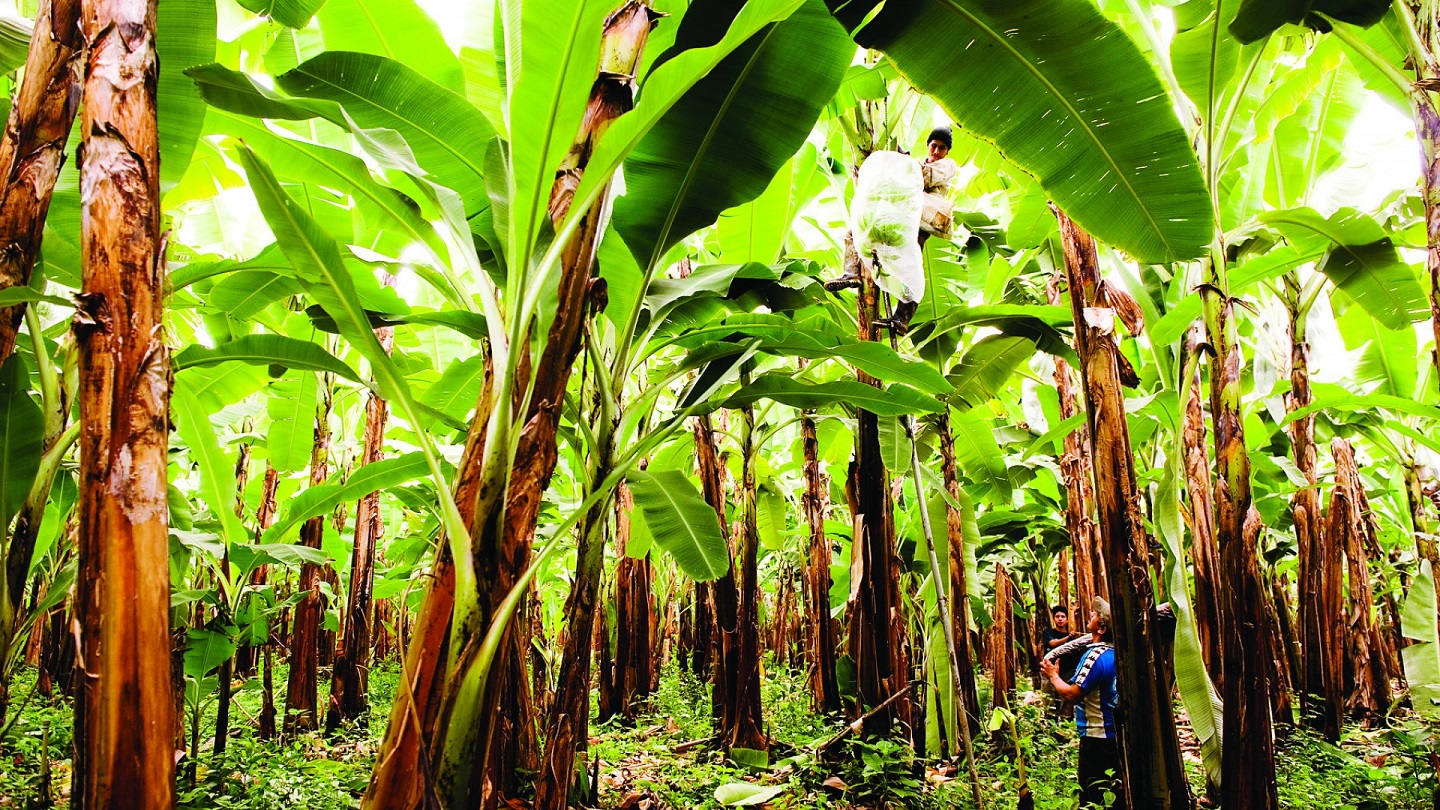 “I would like to express my gratitude for the opportunity to tell my story about the true history of small-scale banana farmers,” Mariana said during the visit. That story is filled with the difficulties, the challenges, and the inequity that small-scale farmers face.

One of the peculiarities of organic bananas is that they can only be produced in a handful of countries in Latin America. Ecuador and northern Peru are the most favorable locations to produce organic bananas. With rising demand for organic bananas in the U.S., the new market opportunities for small-scale banana producers are promising. At the same time, the challenges are enormous: competition over land is rising, new plantations are emerging, multinationals are moving from Central America to South America, and the history of conventional bananas is primed to repeat itself with organic bananas.

Organizing into co-ops allows farmers to face these difficulties together, but organizing 133 small-scale banana farmers comes with challenges as well. The biggest hurdle that small-scale farmers face is the dysfunction of the system they are living in. The poverty level is considerable, basic needs are unmet, and social and economic problems are features of the daily routine. Low yield and high production costs prevent farmers from obtaining a decent income. If farmers are focused on surviving on a day-to-day basis, then the long-term benefits of being part of a cooperative can be a far-fetched concept.

In spite of these circumstances, some local leaders have faith in this larger dynamic of cooperation. These local leaders are training farmers on organizing and fostering partnerships with local or national organizations in order to be stronger as a whole, as opposed to individually. Slowly but surely, a small percentage of farmers are beginning to engage in this process.

What are the motivations for joining a cooperative?

In spite of having the optimal climate and soil to produce the ideal product, small-scale organic banana producers cannot be competitive in the banana industry if working alone. The supply chain is complex and working with bananas necessitates volume. Post-harvest practices and management of the supply chain require considerable investment and knowledge. The way independent, small-scale producers have tried to surpass these challenges is by organizing among themselves and creating economies of scale.

Since working with bananas necessitates volume, one motivation for small-scale farmers to organize is to aggregate volume in order to stay competitive. One hectare (2.5 acres) of small-scale organic banana production produces 1,040 40-lb. boxes annually, on average. As a contrast, one hectare on a highly technical and efficient organic plantation produces 2,500 40-lb. boxes annually, more than double the yield of a small-scale organic farm.

Because of this reality, numerous small-scale farmers must combine their volume in order to fill a single container of bananas every week, 52 weeks of the year. This is the difference between buying an Equal Exchange banana that comes from more than 1,000 organized small-scale farmers and a banana that comes from a plantation with thousands of hectares and a single owner.

Organizing allows small-scale producers to have consistent weekly volumes, to have technical assistance that is more adoptable and adaptable, to develop new services and forms of employment in the community, to manage natural resources responsibly, and to support organizations and programs that strengthen their capacity.

Once small-scale producers have this motivation and start to fight for their rights, then organizing makes sense. As a result of this, they start to understand how the market functions, the requirements of the market, and the necessary infrastructure, among other things. After being independent, small-scale farmers they become 133 small-scale farmers, organized in this case as AsoGuabo.

“A small-scale banana producer in Ecuador faces many problems,” Mariana said during the visit. “The most critical are lack of market power, lack of sales contracts, lack of established price, and lack of security in the sale of their product.”  Independent, small-scale farmers going at it alone must sell their bananas through intermediaries who sell the fruit to large exporting companies. Producers, if not organized, are highly vulnerable to the deceptive practices of intermediaries, especially when negotiating price.

For example, in Ecuador, the national government has established an official price of six dollars per box of bananas, but this official price is not respected by the intermediaries. For independent, small-scale growers, it’s a buyer’s market. Intermediaries pay the price they want. The inability to receive a fair price is one of the main reasons that Mariana decided to join AsoGuabo. She faced many economic challenges to the point where she was willing to abandon her land because banana production was no longer profitable for her, an abandonment carried out by thousands of small producers every year.

In 2006, after learning the process of becoming a member, Mariana, along with 29 other producers from the community of La Libertad, decided to organize and become a part of AsoGuabo, so that they could share information, prices, sales strategies, and technical assistance with other organized communities. Mariana said that one of the most important motivations for her to be organized is the security in the sale of her bananas. The cooperative gives her an annual contract and she harvests every week to export to Equal Exchange. Another benefit is stability in prices. AsoGuabo also supports Mariana in quality training, productivity, export logistics, and above all, receiving a fair price that helps her family and her community.

Mariana has now been an AsoGuabo member for over 10 years. She said she is happy because she makes decisions together with her community, she is taking care of her plot of land, and she is teaching her son to farm organic and fair trade bananas.

The banana industry is one of the most developed in terms of productivity research, post-harvest management, logistics, and administration. But this development is in the hands of a few. The challenges for small-scale producers are exponentially greater – to compete in the conventional market, to stay informed on technological advancements, to understand and have access to market information, and to make informed decisions while having little power to negotiate.
The small-scale banana farmers in the South have advanced in their organizing, but American consumers in the North are still unorganized. As long as these two ends of the supply chain continue to remain largely unorganized, the players in the middle will continue to speak, decide, control, and act on behalf of both producers and consumers. This is exactly the work our banana team is engaged in every day, connecting farmers to consumers and giving both ends more power, knowledge, and ownership.