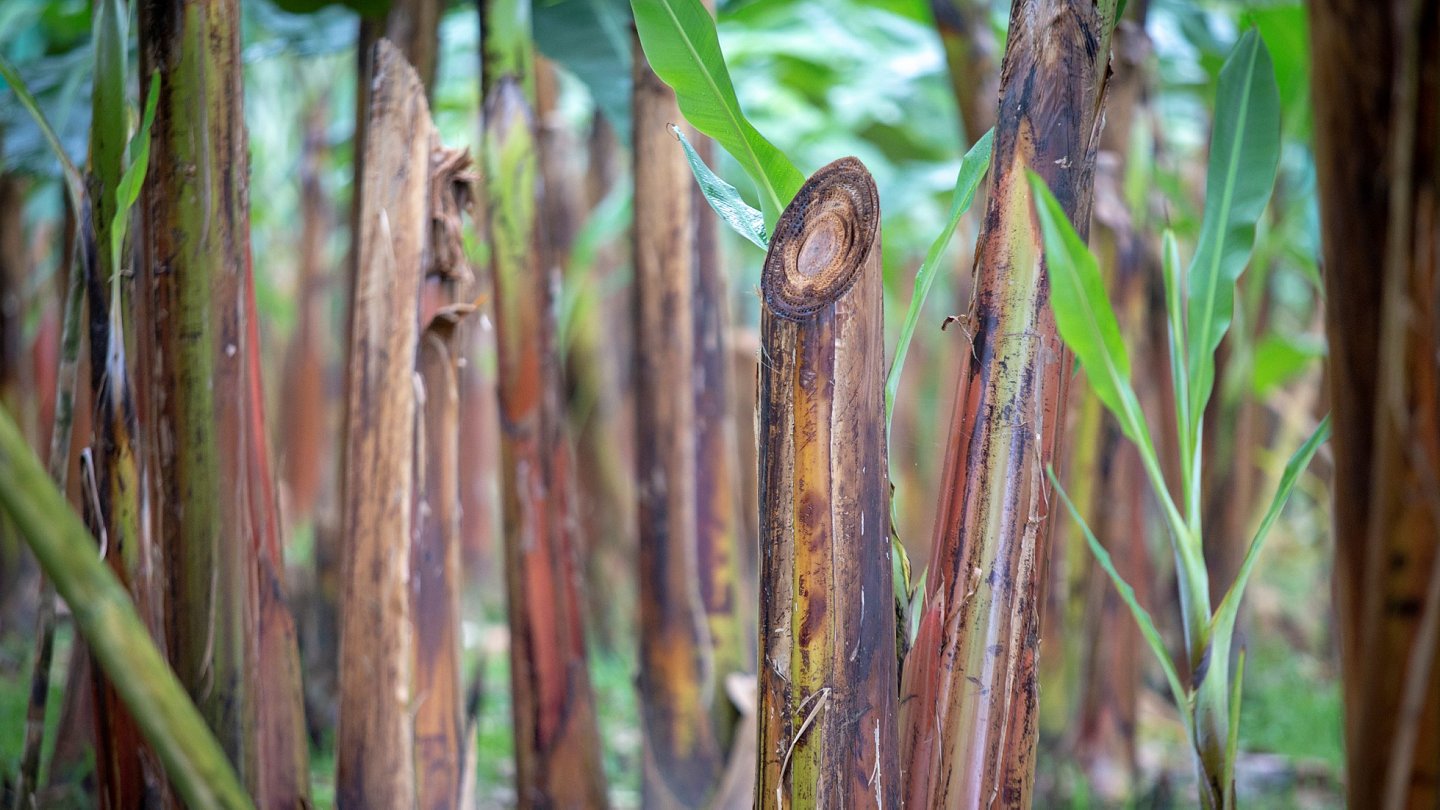 This is Part One of a three-part blog series from the Equal Exchange Banana Team exploring the threat of TR4 banana production in Latin America, and to small-scale farmers in particular.

Fusarium Wilt Tropical Race 4 (TR4) is a fungal disease affecting bananas, and it poses a major threat to the crop worldwide. After outbreaks in Asia, the Middle East, Australia, and Africa, TR4 made its long-feared first appearance in the Americas in August 2019, when it was identified on farms in Colombia.

The fungus spreads easily and can jeopardize the production of not only individual farms, but entire regions. The livelihoods of growers, the economies of agricultural communities, and a staple food source for millions of people may be at risk.

Equal Exchange works with small-scale farmer cooperatives in Ecuador and Peru to bring organic, fair trade bananas to the United States. In addition, Equal Exchange strives to serve as both a platform for farmer voices and an industry resource for the U.S. market. In this blog post, we hope to lay out a few key points to know about Fusarium Wilt, the TR4 strain, and where the industry stands in light of the threat posed.

This has happened before.

Fusarium Wilt is a fungus with many strains. The Tropical Race 1 strain, formerly known as ‘Panama Disease,’ devastated the banana industry in the mid-20th century, wiping out the then-popular commercial banana variety called the Gros Michel (or Big Mike). The Cavendish, which proved resistant to TR1, replaced the Big Mike, and became the most prevalent banana in the industry, which we now find in most US grocery stores today.

Bananas are particularly vulnerable to disease.

Like the Gros Michel, Cavendish bananas don’t reproduce with seeds and pollen; instead, a “mother” plant grows a few nearly identical “babies” at its base. As a result, there is little genetic diversity among Cavendish cultivars, and each plant has the same susceptibility as its neighbors. This is a recipe for disaster when it comes to diseases like Fusarium Wilt, which can spread rapidly through banana plantations.

TR4 has been spreading through banana-producing regions for years.

TR4 destroys the Cavendish banana varietal by infecting its roots and attacking its vascular systems, preventing the intake and flow of water and nutrients. It emerged in Southeast Asia in the 1990s, and has since spread to Africa and the Middle East. Producers in Latin America, anticipating TR4’s arrival, went on high alert this past August when TR4 was identified on two farms in Colombia – its first outbreak in the Americas.

Prevention is key, because the fungus is pernicious.

In Part Two of this series, we will examine the particular challenges small-scale farmers face as they employ TR4 prevention practices, and take a look at a project that one of Equal Exchange’s partner cooperatives is working on to strengthen soils and crops against the disease.

Stay up-to-date with news about fair trade! Sign up for our newsletter.