On May Day, Help Change the Food System 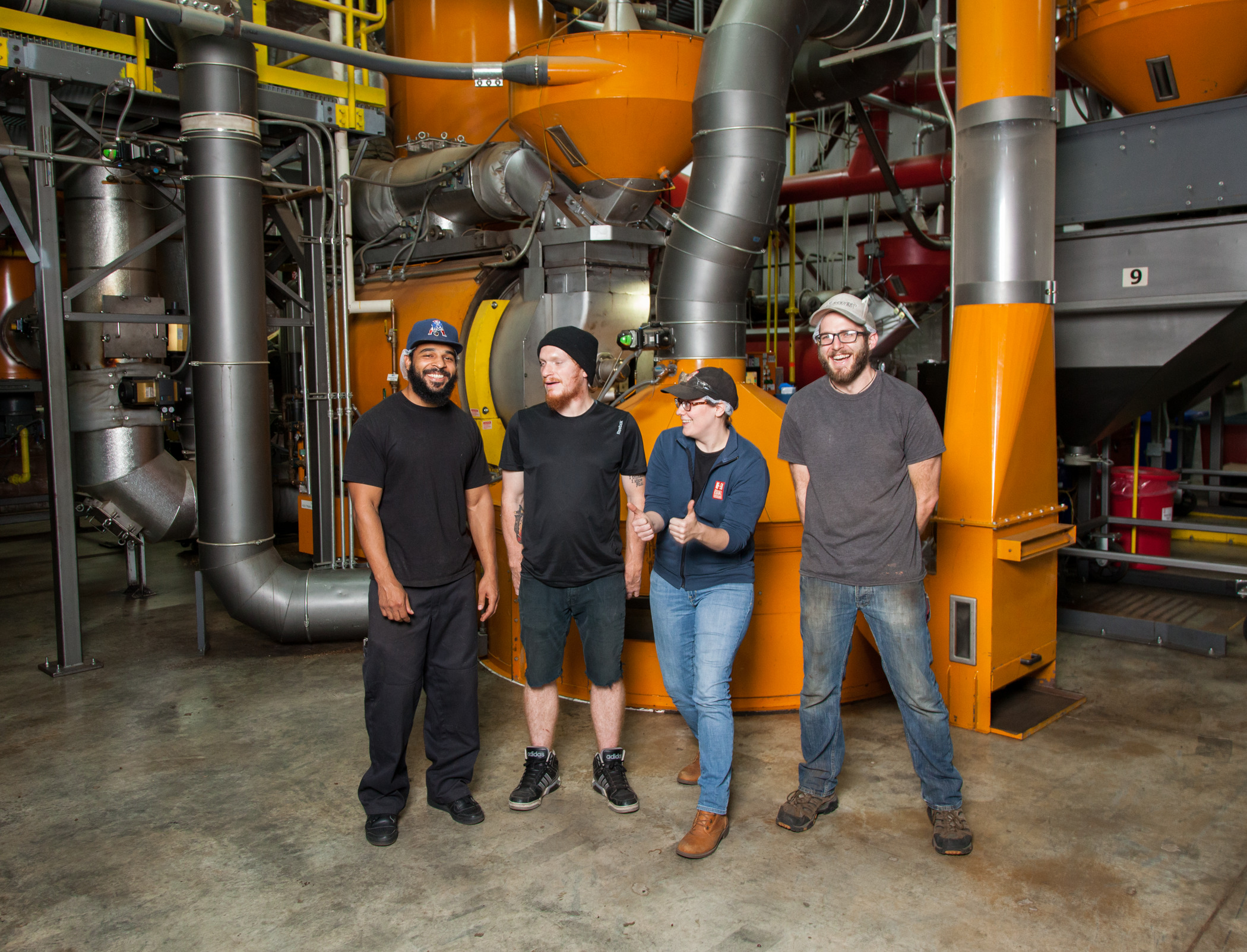 Welcome to the Food Revolution.

Happy May Day! International Workers’ Day is near to our hearts here at Equal Exchange. After all, we’re one of the largest worker-owned co-operatives in the U.S., and May 1st is our birthday. There’s no one we’d rather celebrate with than YOU, our discerning customers and passionate advocates.

Around the world, the first day of May is known as Labour Day or Workers’ Day. It’s a day for street demonstrations, speeches and parades. The holiday isn’t as well known here in the U.S. (where our less-radical Labor Day falls in September). But, in fact, the first May Day in history happened here in the U.S.

On May 1st, 1886, tens of thousands of people walked off their jobs to advocate for an 8-hour workday. In Chicago, the demonstrations began peacefully, but the size of the crowds swelled. A few days later protesters clashed with police in Haymarket Square, where an anonymous bombing led to a riot. Seven anarchists were later sentenced to death for “conspiracy,” though evidence showed that none of them had thrown the bomb.

Four years later, the Second International, an organization of socialist and labor parties, called for a coordinated international demonstration for workers everywhere to commemorate the Haymarket Affair and keep up the push for a shorter workday. Eventually they got it. And ever since, May Day has been a time to organize for a better world.

May Day lines up with Beltane, a festival of fertility and rebirth. At this time of year, ancient Europeans would typically revel in the return of warmer weather with dances, singing and cake. After three back-to-back March nor’easters here at our Massachusetts headquarters, we’re totally feeling that!

Plus, here’s another reason for cake: 2018 marks Equal Exchange’s 32nd birthday. We, the Worker-Owners of EE, own our company. Unlike many players in the rapidly-consolidating natural food and specialty coffee industries, we’re not beholden to anyone but one another. And it’s going to stay that way.

Every May, at our Annual Meeting and Party, we celebrate co-op togetherness and think of the future.

Since the beginning, Equal Exchange has worked with farmer partners to create direct supply chains. Our goal of connecting consumers to small-scale, democratically-organized producers remains the same. But the food system around us has changed in the last thirty years. And not always in the ways we hoped to see.

More people than ever before recognize the concept of fair trade. That should be good news, and it is! But because of consumer demand, big business wants to buy a piece of the movement. When corporate conglomerates swallow up natural food companies, the foundational principles — democratic engagement and responsible sourcing — erode. These corporations mostly care about the name, slapping a “Fair Trade” seal on products that haven’t earned it. The challenges to Authentic Fair Trade are serious. Read more about them here.

But we can push back! We believe that customers’ involvement is invaluable, which is why we’re calling for citizen-consumers to join our movement. By learning together, we’ll all figure out the best strategies for action. In partnership with small-scale farmers, we’ll defy corporate control and build up a fair and sustainable supply chain that benefits both those who grow real food and those who eat it.

How Will You Celebrate This May Day?

We’re proud to commemorate 32 years together in the fight. We’ll never stop sharing our challenges, or our successes. As we go up against the big guys, enduring partnerships give us strength. And new strategies give us energy.

Join us to work for an evolving and inclusive food system!

And another thing! We’re excited to announce that Equal Exchange is hosting two Summits this year — one in Easton, MA, down the street from our headquarters, and the other in Chicago! Join Action Forum Members, Equal Exchange worker-owners, and our farmer partners for two days of workshops, planning sessions, and celebration as we work together as a community to create positive change in our food system.

Want to attend one of the Summits? RSVP here!